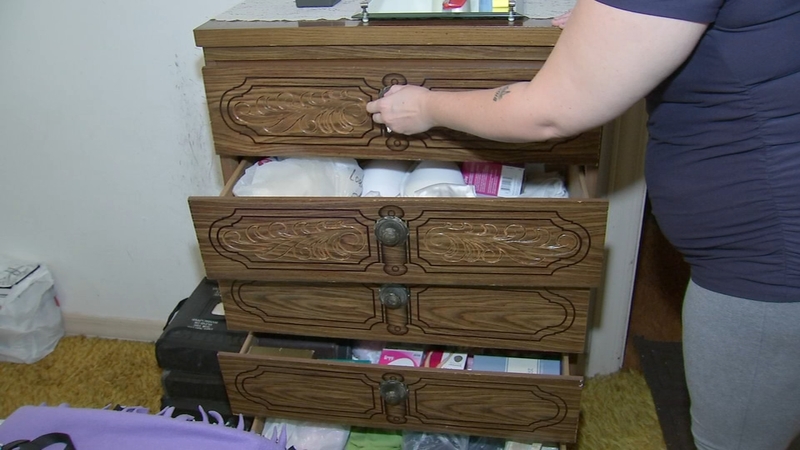 LAKE STATION, Ind. (WLS) -- A 79-year-old Indiana woman said a man posed as a utility worker to coerce his way inside her home and rob her.

The victim, who asked not be identified out of fear, wasn't harmed in the robbery at her Lake Station home on Tuesday, but said she's still shaken.

"I'm still like in shock because of what happened, you know," the victim said.

The woman, who's blind, said the man who robbed her claimed to be a worker for one of Indiana's largest natural gas and electric utilities.

"And he said he's from NIPSCO and that everybody around here was having trouble with their lights and he needed to come in," the victim said.

Both Lake Station police and a utility spokesperson confirm that the offender is not a NIPSCO employee.

The woman said the man distracted her by having her stand on a chair to check her kitchen lights, while someone else ransacked her bedroom.

The thieves stole cash the victim was saving to move into a senior residence, along with irreplaceable family keepsakes that include jewelry.

The robbers fled the home after about 20 minutes.
Police continue to investigate the incident that investigators believe could have involved two offenders.

Neighbors said there have been some thefts and burglaries in the area, but they said they haven't heard about anything like this.

The victim's granddaughter, who also asked to not be identified, said she doesn't want her grandmother to live on her own anymore.

The granddaughter believes her grandmother was targeted in part because she's visually impaired and wouldn't be able to identify the offenders.

"It just seemed like he knew what he was doing," the victim's granddaughter said.

The Northwest Indiana resident hopes she can warn others of the danger by talking about what happened to her.