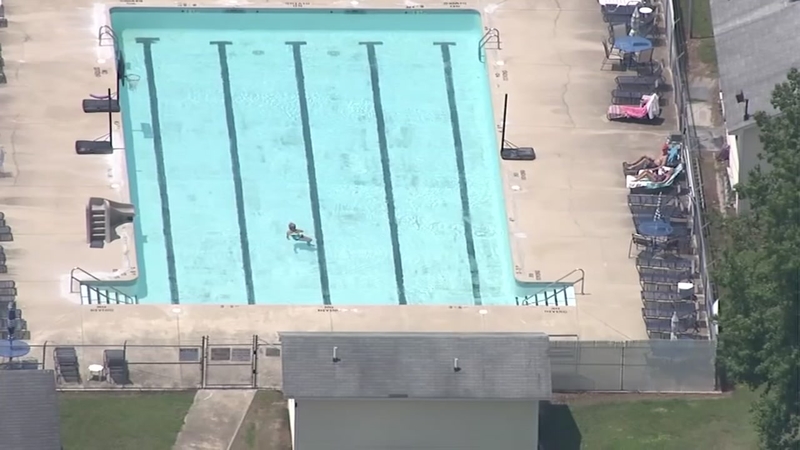 WENDELL, N.C. -- The owner of a private outdoor recreation center in Wendell, N.C. said he is considering taking legal action against people who have been calling him and his wife racist for banning baggy pants, dreadlocks, weaves and hair extensions from their pool.

The Outdoor Recreation Center of Wendell, which charges a one-time $100 registration fee plus daily $6 admission, has since deleted the guidelines for using the pool from its Facebook page.

John Freeman, who co-owns the swimming pool with his wife Teresa, told ABC7 Chicago's sister station, ABC11, on Monday that he didn't understand the attention around his rules - which have been posted inside the pool office on the property for the last six years.

Number seven on the list of 14 rules states, "No baggy pants, no dread-locks/weaves/extensions or revealing clothes will be permitted or you will be asked to leave."

Freeman said Teresa would have been the one to post a picture of the guidelines to the ORC's Facebook page.

The ORC has since deleted the post, but social media users are calling the pool 'racist,' posting screen grabs of the guidelines in the comments on the ORC's Facebook page.

Powell said being the community activist she is, people were tagging her in the controversial Facebook posts over the weekend. She decided to go straight to the source Monday and ask Freeman about it herself.

"He told me that his wife is- they're not racist," said Powell. "His wife just actually just made a mistake."

Freeman said he doesn't want people walking around the pool in front of children "with their britches down" and doesn't want artificial hair getting stuck in the pump, causing the pool to shutdown for three days for maintenance.

He said 381 families of varying ethnicities are members of the ORC and he tries to "accommodate any and everybody."

Other social media users are sharing screen grabs of two different follow-up posts from the ORC that have also been deleted.

In one post signed by John and Teresa Freeman, the owners apologized for their ignorance of the meaning of the word "dread-locks."

The statement went on to say the rules should have stated "NO artificial hair" would be allowed.

In another post, the ORC explains the reason for its "NO hair attachments" policy is the because a CPO (Certified Pool Owners) class told businesses to not allow any hair extensions in their pool because it could get in the strainers and into the pump, causing an automatic shutdown of three days.

Freeman said he and his wife will talk with their lawyer and may bring each and every one of the people who has publicly called them racist to court.

"If they call me racist, they can put it in writing and we will deal with it at the courthouse," said Freeman.

Powell said she hopes the Freemans will change the wording of their rules to not directly target a specific culture.