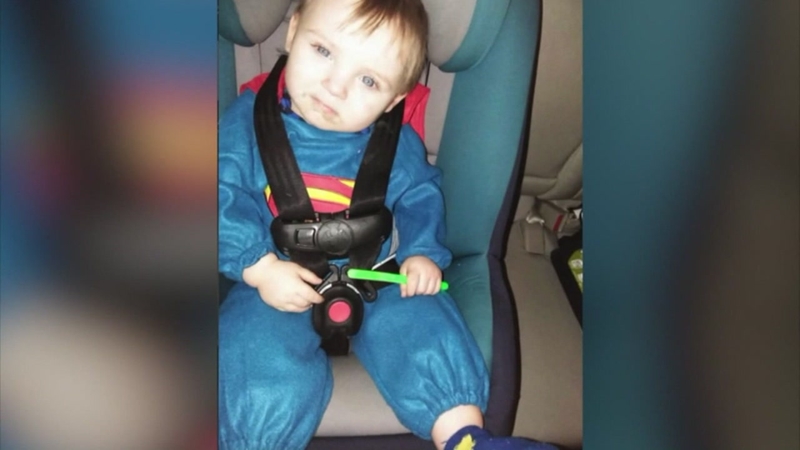 HAMPTON, Va. -- Police in Virginia are actively searching for a toddler who has been missing since early Monday morning.

Two-year-old Noah Tomlin was last seen around 1 a.m. at his home in Hampton, Virginia.

We continue our search this morning for 2-year-old Noah Tomlin. If anyone has any information please contact HPD at 757-727-6111 or 1-888-LOCK-U-UP to remain anonymous. pic.twitter.com/CRFscc5aPG

Authorities said his mother put him to bed at their home on Atlantic Avenue. When she went back, she said he had disappeared.

About 10 hours after initially tucking him in, she reported him missing, police said.

The boy was last seen wearing a white and green pajama shirt and diaper.
First responders are going through low lying areas with a fine tooth comb.

Police in Virginia are actively searching for a toddler who has been missing since early Monday morning.

On Wednesday, the Hampton Police Department held a news conference to give an update on the latest search for the two-year-old.

Police Chief Terry Sult said he is still very hopeful the boy will be found safe. He said local police are working with FBI and looking into everything from a child walking off to an abduction scenario.

Chief Sult also added that authorities are checking a landfill in order to rule it out. They had already planned to search that area.

"I can't go into the investigative aspect of it, but I can tell you our investigators are diligently exploring every option," said Sgt. Reginald Williams.

Neighbors say they're also doing their part to help.