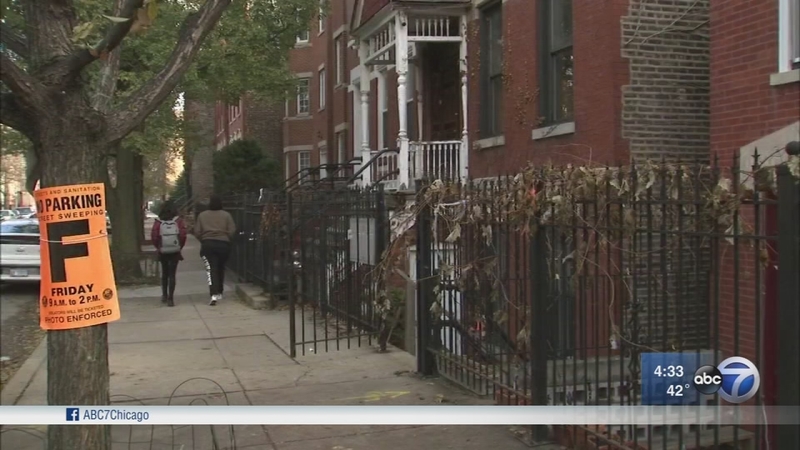 The woman was walking her boyfriend's dog at approximately 6:45 p.m. Thursday when two men in reflective vests approached her.

"They had a vest on, they looked like someone was delivering, I guess," said the victim's boyfriend, Rene Batres. "She was just doing what she thought was right, and accepting a package."

When the woman arrived at the couple's apartment in the 1400 block of North Bosworth Avenue and opened the door, the men pushed her inside.
According to Batres, the men pistol-whipped and punched the woman before demanding money.

Batres said the suspects grabbed $700 in cash and as much as $3,000 in jewelry before they fled.

"She was forced into my room with a gun and next thing you know they just robbed me, pretty much whatever they could in 3 minutes," Batres said.

The woman did not require hospitalization, Batres said. She declined to comment.

Neighbors said the neighborhood isn't safe. Last week, Batres had a package stolen when someone else signed for and accepted it.

"It's not a great area, and it's near everything that is getting so much nicer," said Bosworth Block Club President Stephanie Kaufman.

"It's just really unfortunate because it upends an entire neighborhood," said resident Michael Jurecki of the crime.

"She doesn't feel safe at all, even on this block," Batres said.

The victim plans to move.