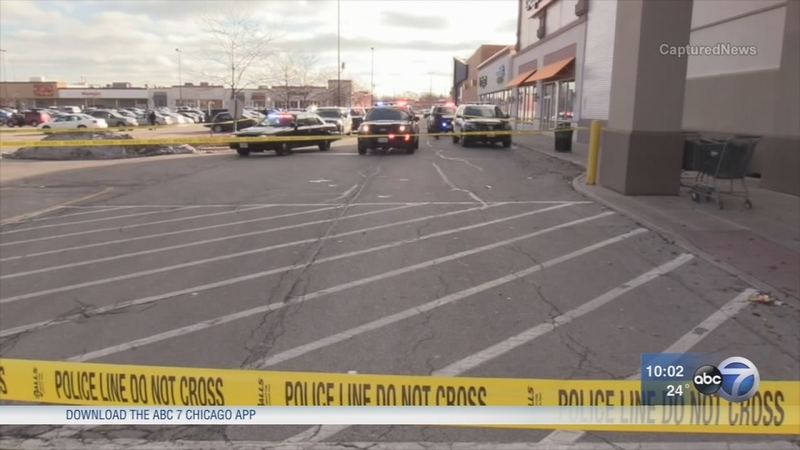 NORTH RIVERSIDE, Ill. (WLS) -- Police shot a man suspected of attempting to rob a nearby bank inside the Burlington Coat Factory next to the North Riverside Mall Tuesday afternoon.

North Riverside police said that around 12:30 p.m., they responded to an attempted bank robbery at a TCF Bank in the 7200-block of West 24th Street. When officers arrived, the suspect pointed an object at them and then ran into the Burlington Coat Factory, pointing the same object at them along the way.

Police said once officers caught up with him inside the store, the suspect grabbed an elderly man and held him at knife point to use him as a human shield. Police said the man resisted and pulled away from the suspect enough for them to fire at him.

The suspect, a 41-year-old Chicago man, was taken to Loyola Hospital for treatment in unknown condition. Police said no bystanders or officers were injured during the incident.

"They kept saying, "Get down! Get down!" I'm like, okay, who's saying that? I'm looking around, but it was downstairs. And then when they started shooting, I'm like who cares. I'm gone. So we ran and hid in the employee's lounge," said Alfreda Wells, witness.

"What we had involved today was an officer-involved shooting that occurred earlier this afternoon. It is currently under investigation as we speak right now, so I have limited information I can give you all. And at this particular time, we have no comment because of the ongoing investigation," said Sgt. Dion Bobo, North Riverside Police Department.

"It's frightening. For all I knew it was a mass shooting situation, so I was really... that was my biggest fear, because there were lots of families and small kids in there and stuff, too," Weaver said.