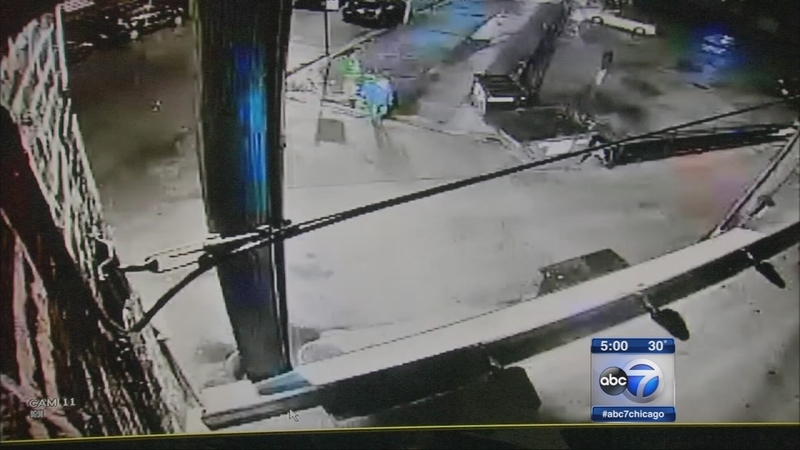 CHICAGO (WLS) -- Surveillance video shows one of four offenders wanted in several robberies, some of which involved a gun, on the city's North Side.

Authorities said the string of robberies in neighborhoods across the North Side could be linked. All included multiple offenders in a black SUV, which police said they recovered after a brief pursuit. It was left abandoned on the city's South Side.

Now police are looking for the offenders.

Over the weekend, pizza delivery driver Alegundo Sanchez was robbed outside his restaurant. The security camera captured images of the robbery and of the one offender.

"I opened the door, and they got out of another car, pulled a gun, and said, 'Give me the wallet,'" Sanchez said.

Sanchez was a victim in one of more than a dozen robberies in the last week on the city's North Side. Just Monday night, the robbers struck several times. At Broadway and Wellington, they got away with a wallet after pistol-whipping the victim, police said.

On December 24, 2015, at 1:50 a.m. in the 400 block of West Wrightwood, a man was robbed by two men who got out of a black SUV. The victim said the offenders searched him and took his cell phone before fleeing.

Seven minutes later in the 1600 block of West Berwyn, two men were approached by an offender as one of them urinated in an alley. They were both beaten up and robbed.

Hours later, at 10:50 p.m., a man was walking in alley in the 1000 block of W Newport when a few men in a black SUV surrounded him. One of the offenders pulled a handgun and told him to "empty your pockets," police said. He was not injured.

Anyone with information should call Area North Detectives at 312 744-8263.