2 juveniles charged in string of North Side armed robberies 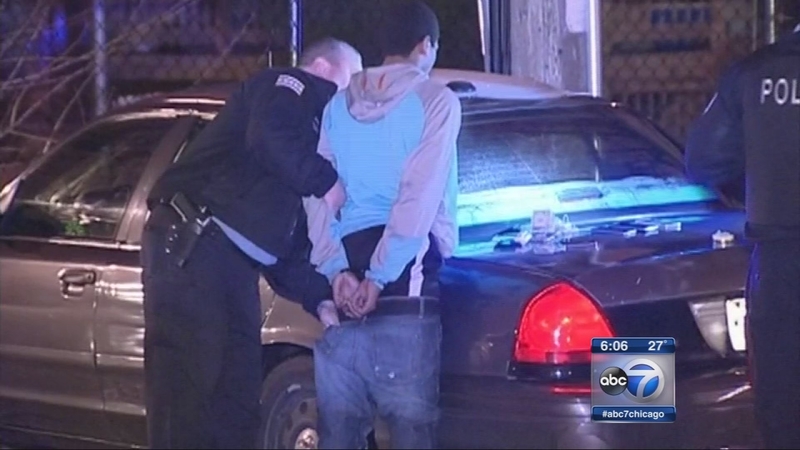 CHICAGO (WLS) -- Two juveniles have been charged in a string of armed robberies on Chicago's North Side, police said.

The two males, both 17, are charged with eight felony counts of aggravated robbery and one count of aggravated possession of a stolen motor vehicle.

Area Central and Area North police said they were conducting a covert investigation when officers spotted a white Jeep believed to have been used in the robberies on the Kennedy Expressway near West Ohio Street around 12:15 a.m. Wednesday.

The arrests came to the relief of many North Side residents who have been on edge for the last week.

"The community really responded, people knew what to be alert for and what to look out for. And we got quite a few tips that we passed on to police," said Ald. Brian Hopkins, 2nd Ward.

Investigators believe the suspects, along with possibly two others, may have been responsible for more than 30 armed robberies from Edgewater to the Gold Coast. One robbery of a pizza delivery man outside the Chicago's pizza location in Lakeview was caught on surveillance video.

In most instances, police said the suspects approach an intended victim, show a gun and demand a wallet or other valuables.

"We're grateful as a community that the police did such a quick and thorough job and we're sure they're going to keep following up," said Ald. Michele Smith, 43rd Ward.

On Tuesday night, before being arrested, the suspects reportedly robbed at least four more victims in about an hour and a half - just one day after narrowly escaping capture.

Police briefly pursued the suspects in a stolen Hyundai SUV Monday night before they abandoned the vehicle on the South Side and police recovered it.

"These were clearly dangerous criminals and they need to be taken off the streets for the safety of the community. Chicago police did a great job on this one," Ald. Hopkins said.

On December 24, 2015, at 1:50 a.m. in the 400-block of West Wrightwood, a man was robbed by two men who got out of a black SUV. The victim said the offenders searched him and took his cell phone before fleeing.

Seven minutes later in the 1600-block of West Berwyn, two men were approached by an offender as one of them urinated in an alley. They were both beaten up and robbed.

Hours later, at 10:50 p.m., a man was walking in alley in the 1000-block of W Newport when a few men in a black SUV surrounded him. One of the offenders pulled a handgun and told him to "empty your pockets," police said. He was not injured.