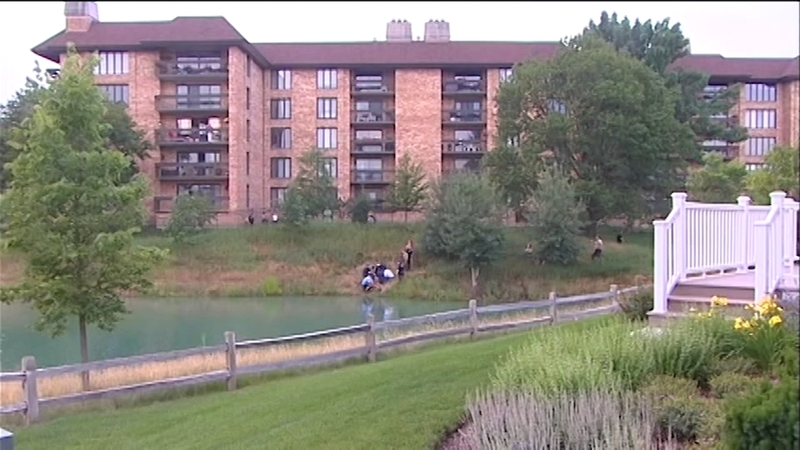 NORTHBROOK, Ill. (WLS) -- A death investigation continued early Tuesday morning after a young boy fell into a retention pond Monday near the Mission Hills complex in Northbrook, and later died.

According to witnesses, a neighbor rushed to the shore of the small pond to try to revive the boy before first responders arrived. They said he did not appear to be breathing as CPR continued before he was rushed to the hospital.

The Mission Hills condo complex is adjacent to the pond, and in a gated community. Investigators believe the boy came from the condos.

The investigation is being led by the Cook County Sheriff's Office. Detectives went door-to-door speaking to witnesses Monday night.