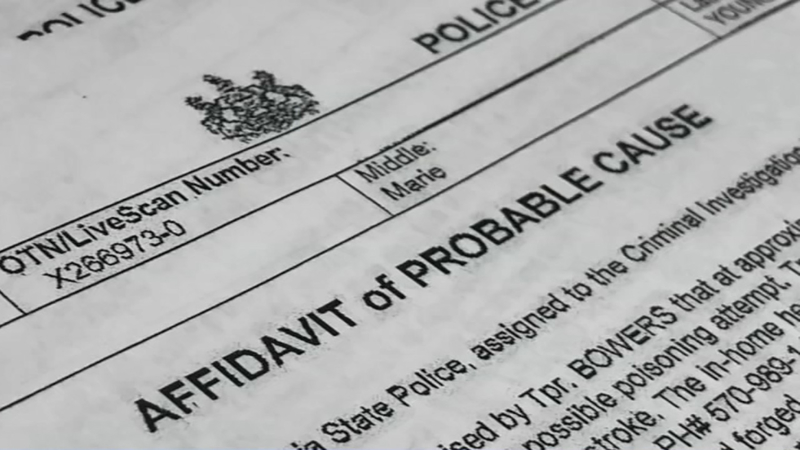 WEST CHILLISQUAQUE TWP., Pa. -- An in-home health assistant in Northumberland County, Pennsylvania is charged with attempted murder for allegedly lacing cigarettes with rat poison and giving them to the couple for which she cared.

Court papers show that 37-year-old Tina Young had been hired by 73-year-old Cheryl Mench to take care of Mench's husband.

Cheryl told police she discovered that Young forged a check in Cheryl's name for $2,500 and confronted Young about it.

Police say Young began lacing the couples rolled cigarettes with rat poisoning and that she admitted to knowing it could make them ill or possibly kill them.

Police say Young told investigators she wanted to kill the man and woman because they were possibly going to fire her.