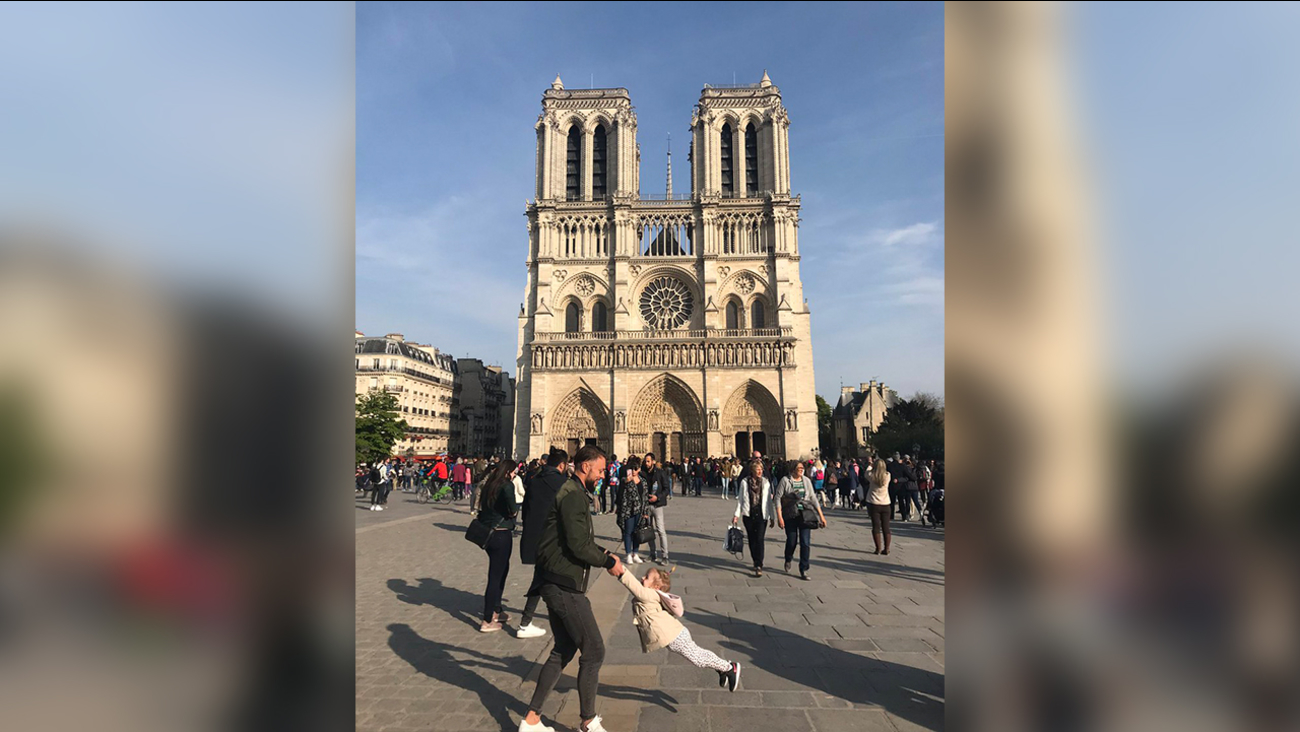 PARIS, France -- A woman is on a mission to find the pair she captured in a sweet moment only an hour before the iconic Notre Dame cathedral caught fire.

Brook Windsor said she took the special photo as she was leaving the cathedral Monday afternoon -- about an hour before the landmark began to burn.

Windsor believes the two were father and daughter based on their dynamic together, but said in a later tweet that it's possible they could have been a niece and uncle or family friends. She won't know for sure until they are found.

She said she almost approached the man to ask if he wanted the photo and now she wishes she had.

Windsor has turned to social media for help and a little internet magic to track them down.

I took this photo as we were leaving #NotreDame about an hour before it caught on fire. I almost went up to the dad and asked if he wanted it. Now I wish I had. Twitter if you have any magic, help him find this 🙏🏼 pic.twitter.com/pEu33ubqCK

The storied Paris landmark caught fire in what is being treated as an accident. The massive fire burned for hours, sending up plumes of smoke visible across the city.

The Paris prosecutor said Tuesday morning there's no evidence of arson in the Notre Dame fire and that they're working on the assumption that the blaze was an accident.