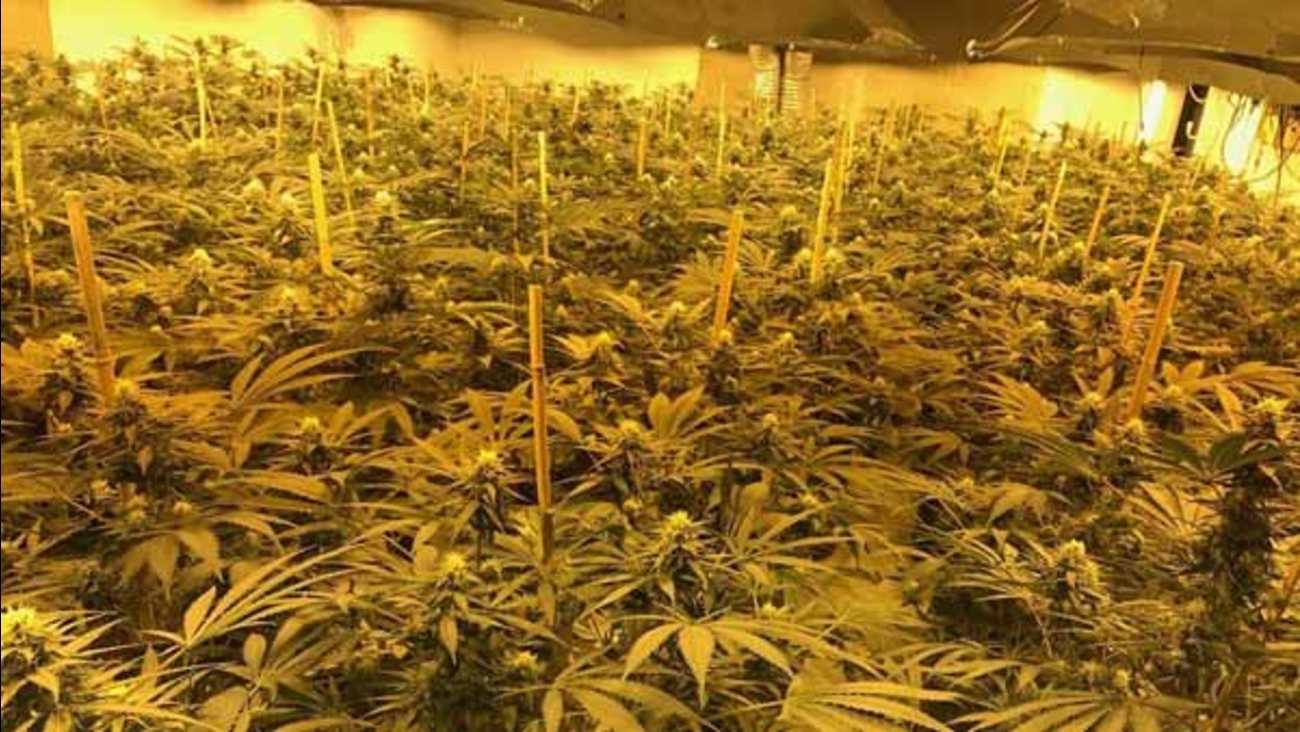 Authorities in the UK say thousands of cannabis plants were discovered during a raid on a nuclear bunker in Wiltshire on Feb. 23, 2017. (Wiltshire Police)

Police in the United Kingdom discovered a large cannabis factory after raiding a nuclear bunker on Thursday. The value of the crop they recovered was estimated at over £1 million ($1.2 million).

Police in the county of Wiltshire say they arrested six people during a midnight raid on RGHQ Chilmark, an underground nuclear bunker built in the 1980s to protect government officials and local dignitaries in case of a nuclear attack.

While the site is no longer owned by the UK's Ministry of Defense, the bunker is intact and the nuclear blast doors remain in place.

After receiving intelligence about the operation going on in the nearly impenetrable bunker, police said they waited outside for three people to leave and then detained them, using their keys to gain entry.

Inside, police said they found three more people, believed to be operating as gardeners along with several thousand cannabis plants at various stages of growth.

"There are approximately 20 rooms in the building, split over two floors, each 200 ft long and 70 feet wide," Detective Inspector Paul Franklin, of the Dedicated Crime Team said in a statement. "Almost every single room had been converted for the wholesale production of cannabis plants, and there was a large amount of evidence of previous crops. This was an enormous set up."

"At this early stage of the investigation it is almost impossible to work out how many plants are inside, but we are talking thousands rather than hundreds," he added.