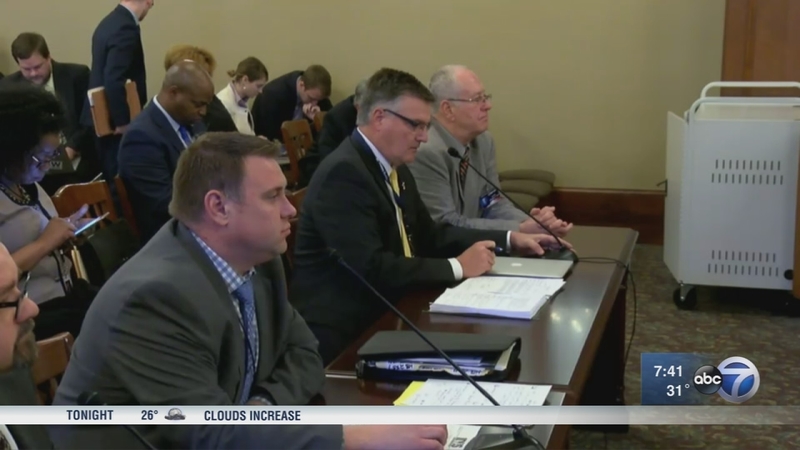 CHICAGO (WLS) -- On Wednesday, State House committee members advanced a bill designed to keep nursing homes from operating understaffed, which forces out patients. It's an issue that's taken a very personal toll on some area families.

Some said a loophole in the law has allowed facilities to ignore the new rules and abuse the use of "emergency transfers."

The issue is being debated in Springfield as some workers and relatives struggle with the current system.

Rosie Mae Bean had Alzheimer's and she was a resident at Belhaven in the Beverly neighborhood for six years, but last May staff told her niece she was having trouble breathing and she was transferred to a hospital.

"Blood work, everything came back they said there is nothing wrong," Bean said.

Bean waited with her aunt to be taken back to the nursing home. She said she waited and waited and they never came.

An investigation by the Illinois Department of Public Health found it was an "involuntary transfer" and the facility "committed violations."

"It was devastating," Bean said.

At an Illinois House Human Service Committee meeting on Wednesday, there was testimony about legislation to require more nursing home staffing and reduce involuntary discharges.

"It will end the practice of what is called 'hospital dumping,'" Illinois Rep. Emanuel "Chris" Welch, said.

Those representing nursing homes testified that the bill could result in facilities paying fines instead of hiring more workers.

"It has a lot of very punitive language in it and has incredible amounts of fines," Matt Hartment, with the Illinois Health Care Association, said.

Even a member of the committee questioned if the bill would force too much regulation.

"Many of our rural facilities will close," Illinois Rep. Norine Hammond said.

The bill passed the committee.

Some who work in the industry are eager for change.

The union representing certified nurse assistants introduced ABC 7 to a woman who says in 10 years of working in nursing homes she never has enough time with over 30 residents each shift and has seen challenging patients transferred to hospitals.

"Mysteriously gone what happened? All that person needed was the one on one attention that could have been provided if we had the staff," she said.

As for bean, she hopes other families will not have to see a loved one in that situation.

"For them at the end to do that to her, it was just really, really sad," Bean said.

ABC 7 spoke with Belhaven's new administrator who said he was not at the facility when this happened and has not commented further.