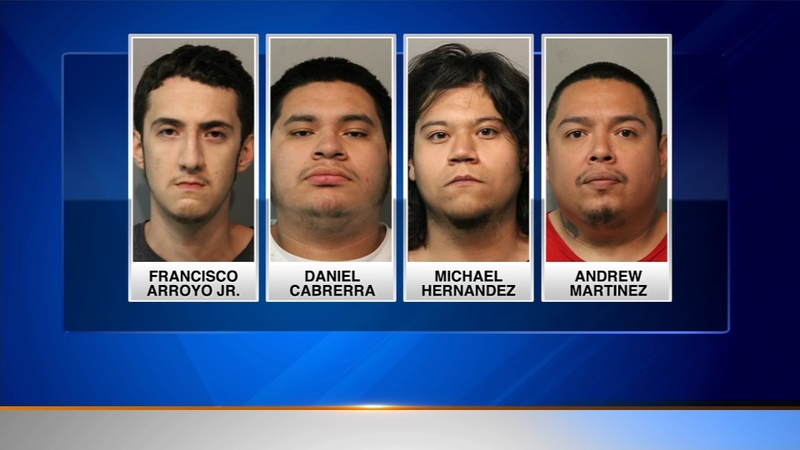 Francisco Arroyo Jr., 18; Daniel Cabrera, 19; Michael Hernandez, 18; and Andrew Martinez, 34, were taken into custody after being identified by witnesses. The victim, a 24-year-old man, was released before police showed up.

Last Thursday, police said the victim was in a vehicle with a woman and a small child while stopped at a red light at 103rd Street and Cicero Avenue. The four suspects, one with a knife, got out of their vehicle and approached the victim's vehicle on foot, witnesses told police.

The suspects' vehicle was located in the area of 60th and Elizabeth streets in Chicago and the four men were taken into custody.

The victim had been released before police arrested the suspects. He suffered minor facial injuries after being struck both during the kidnapping and while being held, police said.

Police said the victim knew his kidnappers, who were apparently retaliating for a stabbing that happened in the city. While the victim wasn't involved in the stabbing, his connection to the incident is under investigation.