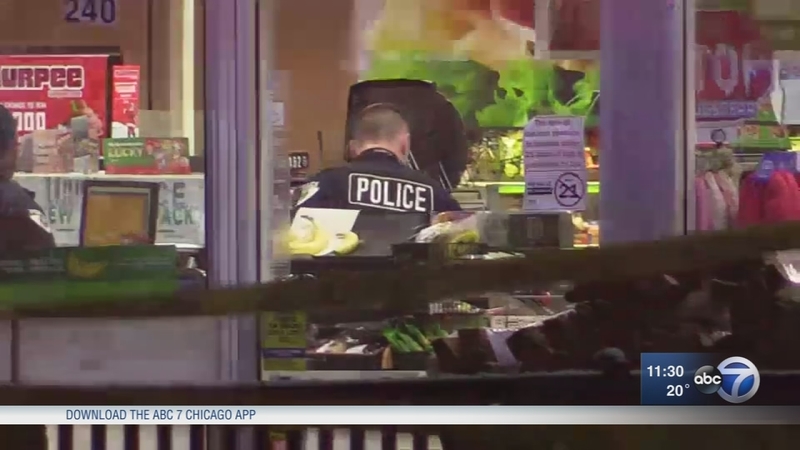 OAK PARK, Ill. (WLS) -- A robber was critically wounded late Monday night after a 7-Eleven store clerk shot him in the stomach in west suburban Oak Park, police said. Two other robbery suspects are on the run.

Officers responded to the convenience store on the corner of Chicago and Harvey avenues around 11:30 p.m. When they arrived, they found a male on the floor bleeding from his abdomen.

Police said the victim was identified as a 17-year-old from Chicago. He was transported in critical condition to Loyola University Medical Center in Maywood.

Police said the clerk who had a valid firearms owners ID card is the one who pulled the trigger. The two store clerks who were in the 7-Eleven during the robbery were not hurt.

A manager said this store has been robbed at least five times in the past year.

"I've been here for about 10 years and the last couple years and you can tell that there's more crime around this area," said Vince Wheeler, a customer.

Julie Gerut, another customer, said she will be on guard.

"I love Oak Park. I think overall it's a very solid, safe place to live. But I do think that people have to be on their toes and be street smart," Gerut said.

This crime comes as Oak Park residents appealed to law enforcement for more patrols. The Cook County Sheriff's Department recently increased patrols after two community meetings about crime, stemming from a series of carjackings in the area.