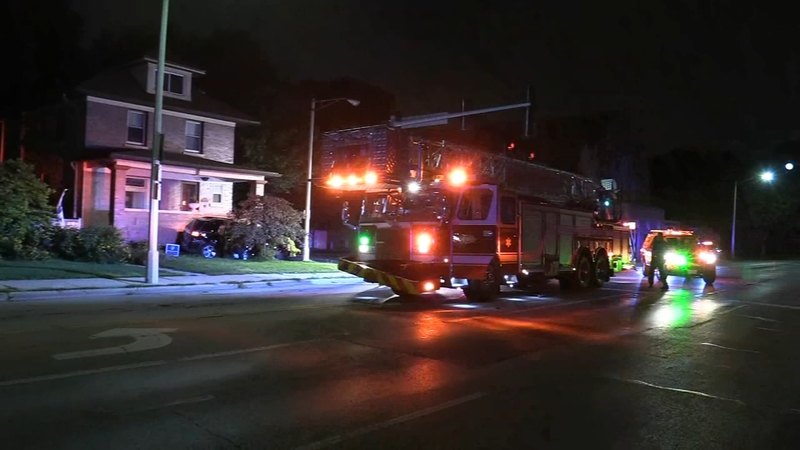 OAK PARK, Ill. -- A driver crashed into a fire truck in the west suburbs before ending up next to a house.

The Oak Park Fire Department said crews were headed to a call with light and sirens on when they were hit by an SUV at around 12:30 a.m. at the intersection of Jackson and Oak Park boulevards.

The impact pushed the SUV up against the home. The fire department said the driver of the SUV was injured.