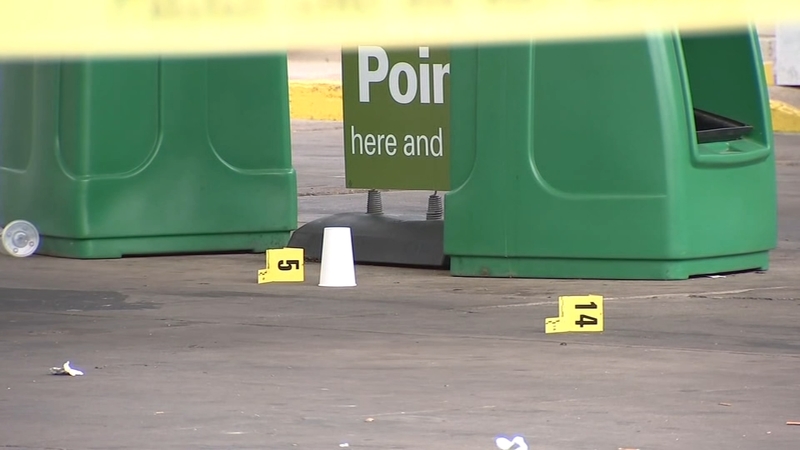 OAK PARK, Ill. (WLS) -- A woman was shot and killed overnight during a robbery at a gas station, Oak Park police said Wednesday.

Police said they responded to reports of shots fired at a gas station at Chicago and Taylor avenues overnight, and found a woman who had been shot in the head. She was pronounced dead at a nearby hospital.

Police said witnesses told them two men approached the woman shortly before 2 a.m., shot her from behind and then took some of her belongings. They then fled in the victim's dark-colored Chrysler.

Surveillance video is aiding in the police investigation, and the West Suburban Major Crimes Task Force has been called in to assist as well. No one is currently in custody.

The victim has not been identified.