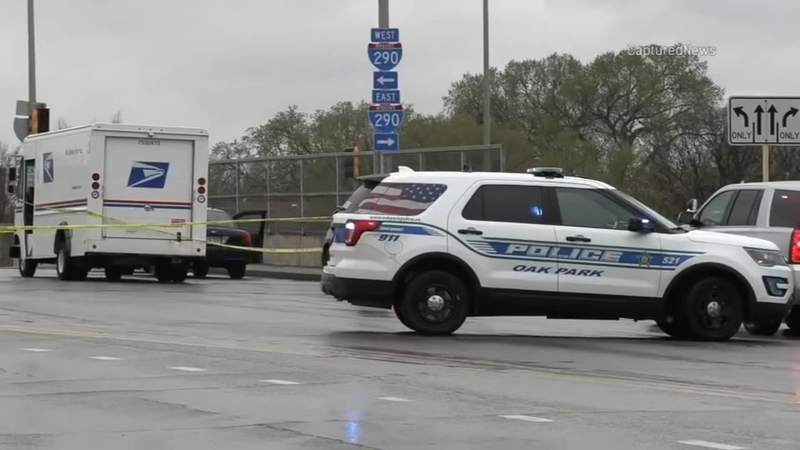 Oak Park police officer, suspect injured in shootout over I-290

FOREST PARK, Ill. (WLS) -- An Oak Park Police officer and a suspect have both been shot after a traffic stop on Harlem Avenue over the Eisenhower Expressway Thursday morning, Oak Park officials said.

The Oak Park officer was assisting Forest Park police during a traffic stop at about 7 a.m., a village spokesperson said.

According to a preliminary investigation, the driver of the vehicle was stopped when police said the driver got out and began firing.

The Oak Park police officer returned fire and both the officer and suspect were wounded, officials said.

Jenelyn Meade heard the shootout from a nearby car dealership.

"Going to work, I heard a lot of commotion, like firecrackers, like a lot of shooting," Meade said.

Both were transported to Loyola Medical Center in Maywood for treatment after suffering serious but non-life-threatening injuries.

"Dude stopped the car, dude got out of the car and had his hands in the air walking back toward the blue police car and just went in his waist... he got a gun and just started dumping. Shot the police window out, shot the police and everything," said a witness who did not want to be identified.

The witness said the officer was able to walk to an ambulance with a wound, possibly to his arm.

Meanwhile, investigators marked a trail of evidence and taped off a mail truck. The U.S. Postal Inspection Service confirmed a USPS employee was near the shooting, but that worker was uninjured and was not the intended target.

"With everything that's going on, I just, I guess I'm numb to it," Meade said. "Because all we hear is a lot of shooting, a lot of death."

Illinois State Police said they would be investigating the officer's use of force.