ByKaren Jordan and Cate Cauguiran and Liz Nagy via

Former President Barack Obama reported for jury duty in Chicago Wednesday, but was not picked to serve.

The lobby of the Daley Center was packed with extra security and people hoping to catch a glimpse of President Obama.

"I'm surprised that he's actually coming here, yes. I thought if anybody, he should have some political pull to get out," said Sharon Mindock, who works at the Daley Center.

Instead, the former president - who has talked in the past about the importance of public service - left his Kenwood home this morning in a motorcade. It arrived at the Daley Center just after 10 a.m. He then took a private elevator used by judges to the 17th floor where a small crowd gathered for another glimpse.

Once inside the jury assembly room he watched a "vintage" 20-minute orientation video.

"He came in, he greeted the prospective jurors on both sides of our panels," Evans said.

Cell phone video shows Obama signing a copy of his book for a would-be juror and shaking hands with everyone in the room.

Hope Schawb was shocked to find she was summoned for jury duty the same day as the former president.

"I just wanted to touch him. So I put my hand out and he shook my hand. It was a nice, firm handshake, but he has the softest skin!" she said.

Walter Palmer was summoned for jury for the first time Wednesday.

"This is what happens every time, right?" Palmer joked.

Then, just before lunchtime, the panel Obama was on was dismissed. Judge Evans said the former president was ready to serve, had he been picked for a jury.

"If the former President of the United States takes his time to come, anybody ought to be willing to come," Evans said.

Just last week, at his foundation summit in Chicago, Obama extolled the values of public service. He has long been outspoken about the importance of civic engagement.

Just like every citizen, Obama was paid $17.20 for his day of service. He is donating that amount back to the county.

It's safe to say Obama was one of the highest-profile people to report for jury duty in the county's recent history, and likely the only one to come with a Secret Service details. But he is not the first president summoned; George W. Bush was summoned in Dallas in 2015 but was not selected to sit on a jury. And in 2003, former President Bill Clinton reported for jury duty in federal court in New York City. He also was not selected.

Nor is he the first famous Chicagoan to be called to jury duty. In 2004, Oprah Winfrey was on a Chicago jury that convicted a man of murder. A decade later, Lawrence Tureaud, better known as Mr. T, showed up to a suburban Chicago courthouse for jury duty, sporting his usual Mohawk, but without the gold chains for which he is known. But despite the more subdued outfit, Mr. T was not chosen to sit on a jury. 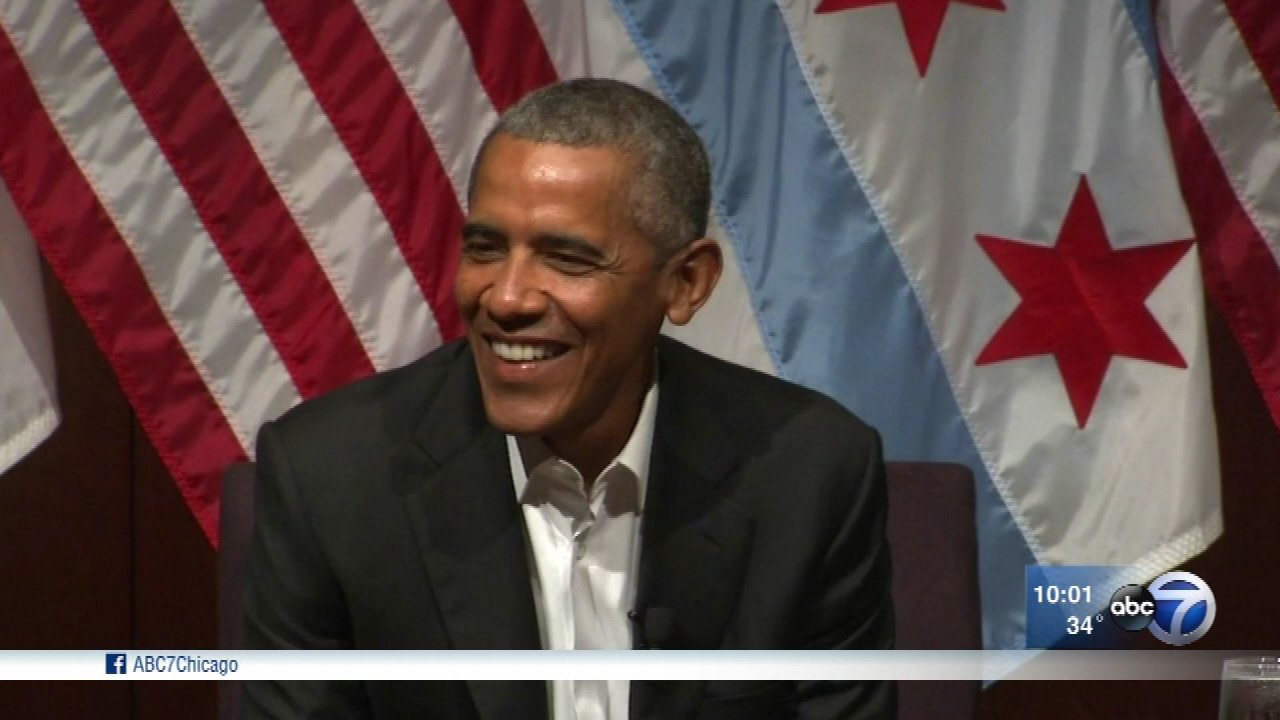