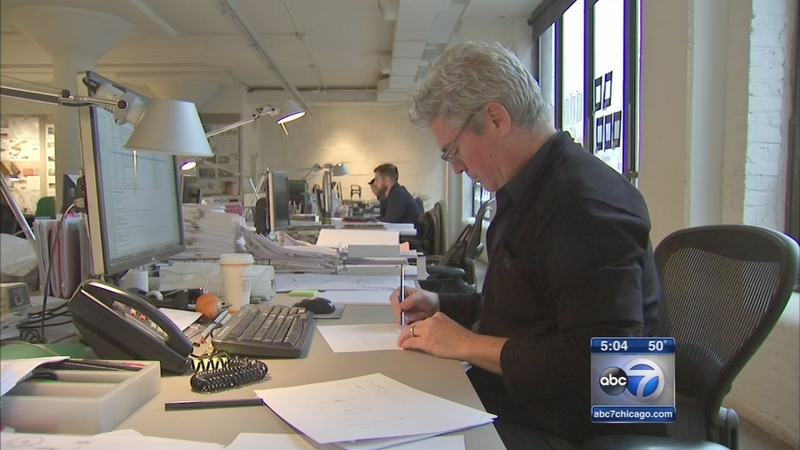 CHICAGO (WLS) -- A Chicago architect is one of seven finalists who will present designs for the Barack Obama Presidential Center to be built on Chicago's South Side.

The finalists are Diller Scofidio and Renfro, SHoP Architects, Tod Williams Billie Tsien and Snohetta in New York City, Renzo Piano Building Workshop in Italy, Adjay Associates in London and Jonathan Ronan Architects in Chicago. Ronan is the only Chicago architect to be named a finalist.

Ronan is an award-winning architect whose projects include the Gary Comer Youth Center on the South Side, the Poetry Foundation building in River North and the soon-to-be-built Illinois Institute of Technology's Innovation Institution. He is hoping to add the Obama Presidential Library to the list.

"I'm very excited to have the possibility of this opportunity to work with the Obama Foundation on what is going to be a really great project in Chicago," Ronan says.

According to architecture critic Lee Bey, of the seven finalists there isn't a bad choice in the bunch.

"This is a very solid stable of architects. All very thoughtful, all inventive, all very good at community engagement, which has to be an important piece of this," Bey says.

Bey says Ronan's strength is packing a variety of uses into buildings, which is something the Obama Foundation is looking for.

"My work is more about experience," Ronan says. "It's about space and materiality more so than form."

And while Ronan, as the only Chicago-based architect on the list, would be thrilled to win the project, he doesn't believe a Chicago-based project must be designed by a local.

"This is the Obamas' building and they should be allowed to select whoever they want and for whatever reason," he says.

All of the finalists have been asked to create designs for both of the possible sites in Jackson Park and Washington Park, since the final location has not yet been chosen. They will also meet with the President and First Lady before a final selection is made.

The winner is expected to be announced in mid-2016.