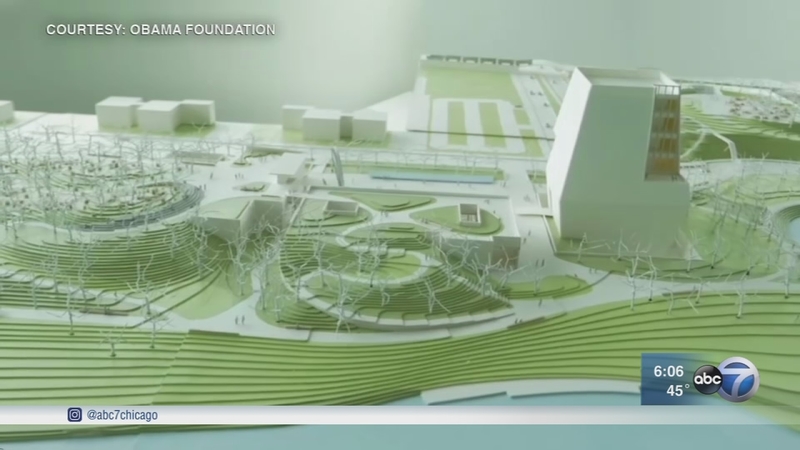 CHICAGO (WLS) -- Representatives from the Obama Presidential Library met with federal officials in Chicago Friday. Federal authorities want assurances that the project will not have a negative impact on historic park land.

Checking out the Obama Presidential Center renderings, community groups voiced their concerns about the project's Jackson Park location. Designed in 1871, the park was placed on the National Register of Historic Places in 1974. So, before the Obama Foundation releases its final plans, federal reviews must take place.

"That is why we decided to come out first with plan designs to give people ample opportunity for people to comment and offer opinions," said Mike Strautmanis with the Obama Foundation.

Varying opinions and comments have been overflowing since the foundation unveiled its tentative plans a few months ago. On Friday, over 50 groups with a stake in the Obama Center packed into a small Southside room for the federal reviews' first public meeting.

Concerns over closing streets, removing hundreds of trees, building a parking lot were all voiced, as well as complete support for the plan. Preservation groups are all for the presidential center as long as it is not built in a historic park.

"Why would the president of the people take public land from people, especially a legacy park? This is not a play lot on the corner this is one of our great legacy parks," said Preservation Chicago Executive Director Ward Miller.