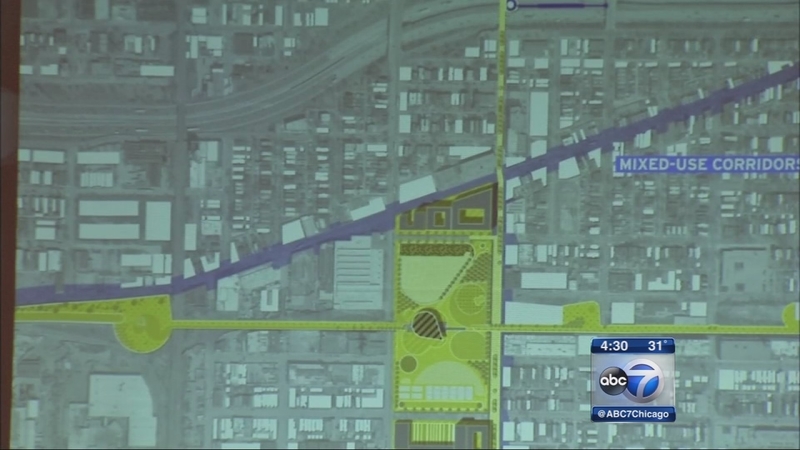 UIC, U of C submit bids for Obama Presidential Library

CHICAGO (WLS) -- Two Chicago universities are vying for the Barack Obama Presidential Library to be placed on their sites, as Thursday was the deadline to submit official proposals.

There was nothing quiet about UIC's proposal, unveiled in a pep rally-like atmosphere in a North Lawndale elementary school.

The library would be built across the street on a 23-acre, city-owned lot bounded by Roosevelt Road, Kostner, Kildare and 5th avenues.

The idea came from West Side resident Paul Norrington, who approached UIC to be a partner.

"What we have is a community that the Obama Foundation can come in, help develop along the path that Obama has long been speaking about," Norrington said.

With the library in North Lawndale and an academic and visitors center on the UIC campus, the hope is to create a West Side corridor that would bring much-needed economic development to a side of the city that residents say has been ignored.

And the South Side is hoping a library will give their neighborhoods a boost.

On a much quieter level, University of Chicago is not making its final proposal public. The university is looking at three possible sites:

It's been reported that for years, University of Chicago has been buying up properties near King Drive and Garfield Boulevard.

"If we are fortunate enough to have a presidential library on the South Side of Chicago, it's a game-changer I think for the South Side, it would be a real catalyst for tremendous investment in the community," said Susan Sher, senior advisor to the University of Chicago president. "There would retail, businesses, a hotel, literally $200 million coming in that would not be invested in the community."

Though the University of Chicago bids have been met with support from some, others are asking President Obama and First Lady Michelle Obama not to place the library until the institution re-opens its adult trauma center.

The Chicago bids are not the only ones in consideration for the library; Columbia University in New York City and the University of Hawaii in Honolulu are also finalists.

The Obama Foundation will make a decision sometime early next year.