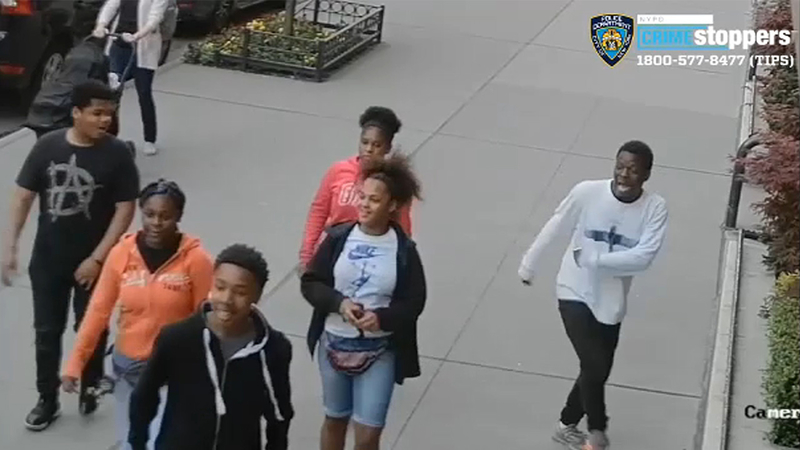 UPPER EAST SIDE, Manhattan -- Police are searching for a group of teenagers after one of them allegedly attacked an off-duty firefighter.

Investigators released video of the teens they're searching for.

They say the attack happened on Saturday around 9:25 a.m. on E. 86th Street between 2nd and 3rd avenues on the Upper East Side.

Police say the victim tried to stop the group from harassing an elderly couple.

That's when one of the teens punched him in the back of the head and then stomped on him while he was down.

The firefighter suffered a mild concussion to the head and had five broken teeth. He needed 25 stitches. He was treated and released from the hospital.

The persons wanted for questioning are described as three females and three males, 15-17 years of age.