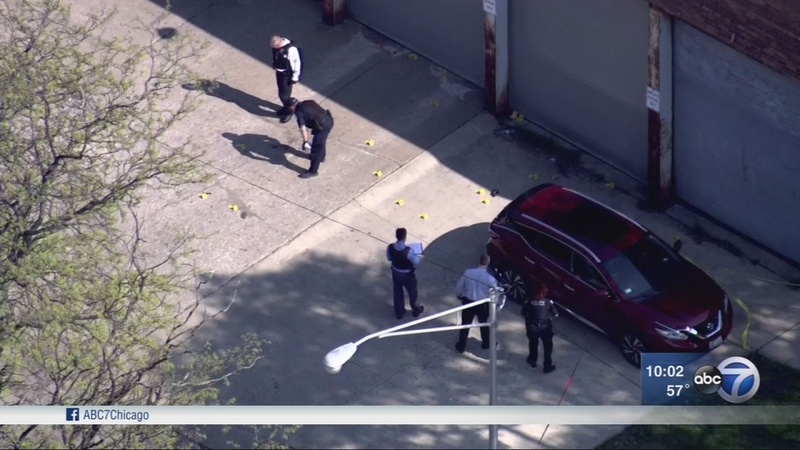 The shooting happened in the 4600 block of West Maypole just before 2:30 p.m. Friday. Police said the officers were in plainclothes and conducting a narcotics operation in the neighborhood when they saw two people they believed were acting suspiciously.

"They observed two subjects acting suspiciously. One officer exited his vehicle to conduct a field interview, one subject fled. Second person, who is our offender, turned towards the officer and fired multiple shots," said Chicago Police Superintendent Eddie Johnson.

At least 10-12 shots were fired according to witnesses, and about two dozen shell casings were marked with yellow plastic at the scene.

Police said the officer was shot in the chest and was transported to Loyola University Medical Center in stable condition. Both officers have been officially discharged from the hospital. Chicago Mayor Rahm Emanuel stopped by the hospital to visit with the officers before they were discharged.

Every day @Chicago_Police put themselves in harm's way on our behalf. I visited with the wounded officer & hope for a quick recovery. https://t.co/8G4gEFC870

Johnson said that the officer's bulletproof vest stopped the bullet. Johnson said a second officer was taken to Loyola hospital for "anxiety reasons" and was not shot. He is in good condition, Johnson said.

Police said a 25-year-old woman they're calling the "female offender" sustained gunshot wounds to the shoulder, leg and abdomen and was taken to Stroger Hospital in critical condition.