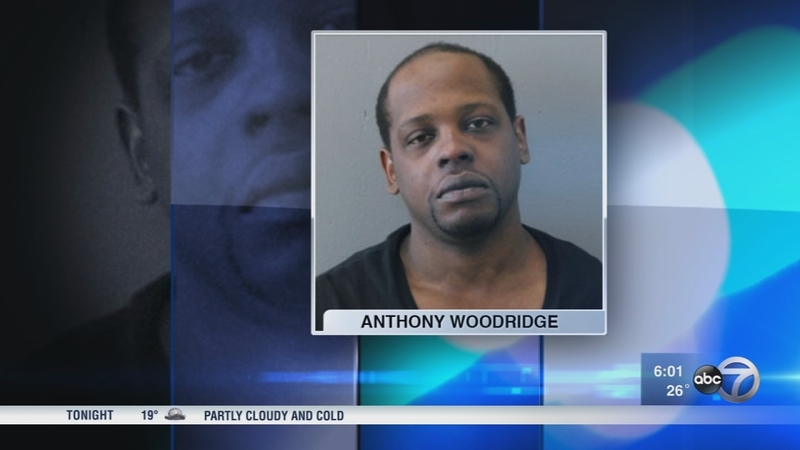 The Chicago police officer was shot late Wednesday night while trying to catch up with the suspect, who was on the run on the city's South Side.

Plainclothes officers from the Calumet District were conducting a street stop just before 11:30 p.m. near East 95th Street and South Martin Luther King Drive in Chicago's Rosemoor neighborhood, police said. That led to a foot chase.

During the pursuit, Woodridge allegedly turned in the direction of the officers and fired, hitting one of the officers in the hand. Officials say Woodridge continued firing while the officer was on the ground. The injured officer and partner returned fire, and Woodridge was unhurt.

Police were able to catch the suspect, and a gun was found at the scene.

The injured officer was transported to Advocate Christ Medical Center in Oak Lawn. One bullet was found lodged in the officer's safety vest.

Superintendent Eddie Johnson, who visited the officer, said the officer is in good spirits and expected to be OK. Johnson said Woodridge should have been in jail, not out on the streets. He said Woodridge has a lengthy criminal record and has been arrested 15 times, with four felony convictions.

The most recent conviction was for possession of a handgun by a felon on parole.

"Now imagine if this guy would be so brazen to fire at a Chicago police officer, what would he do to the average citizen of the city?" Johnson said. "The fact that this guy was sentenced to 4 years in June of 2016 and we haven't even completed 2017 and he's out back on the street doing the same thing he was convicted of. What message does that send?"

"These violent offenders don't deserve to be out on the streets of the city. They gave up the right when they decided to start pulling these triggers," said Johnson.

"He tried to assassinate a Chicago police officer last night. When is this going to stop? When are judges and prosecutors going to step up, someone have an answer for that?" said O'Shea.

The Civilian Office of Police Accountability is investigating the shooting. Police said the officers involved in the incident were wearing body cameras. They were put on routine leave for 30 days, per CPD policy.