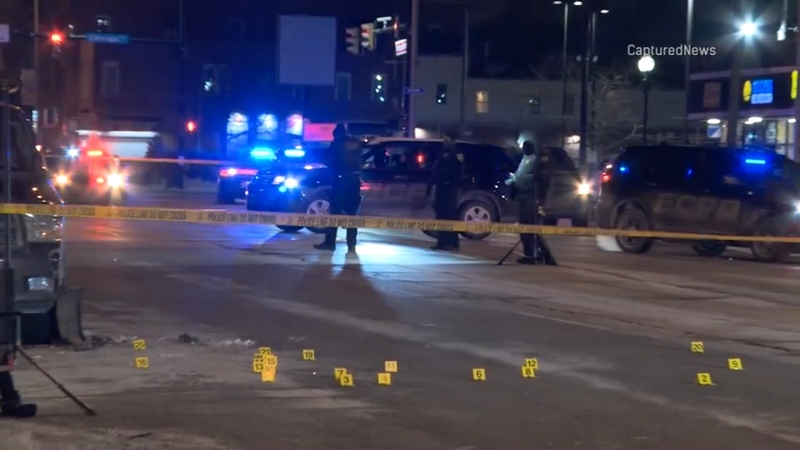 EAST CHICAGO, Ind. (WLS) -- An East Chicago police officer was critically injured, along with two other people, in a shooting in Northwest Indiana Sunday night.

Investigators said shots around 8 p.m. Sunday night, the off-duty officer and a male civilian, who was later identified as a person of interest, got into an altercation in the 4700-block of Indianapolis Boulevard.


Shots were fired, injuring both the officer and the civilian. They are both hospitalized in critical condition.

Another civilian, who was across the street at the time, was injured as well, though police did not say if they were hit by gunfire too.

A person of interest was in custody Monday morning, police said. The East Chicago Police Department is referring all questions to the Lake County Indiana Sheriff's Office, who are conducting the investigation into the shooting.

ABC7 Chicago was told that officer had surgery overnight and will need to have another operation.