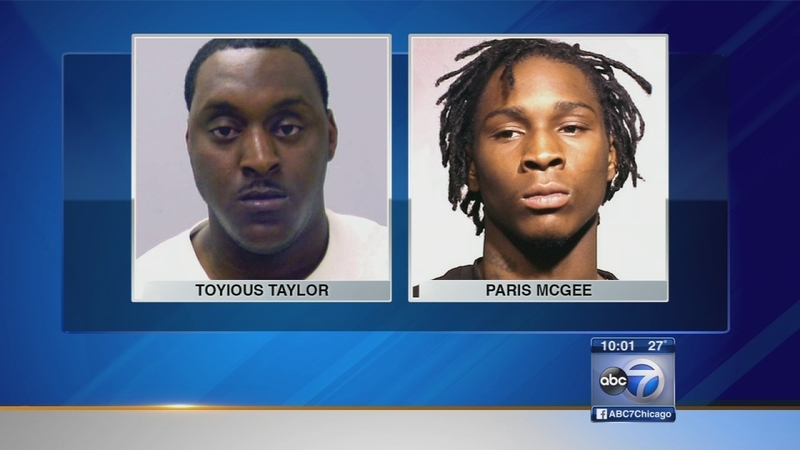 CHICAGO (WLS) -- Paris McGee, 24, and Toyious Taylor, 33, were found guilty in the 2010 murder of Chicago Police Officer Thomas Wortham. The two acted as lookouts for the triggerman who shot and killed the officer.

McGee and Taylor never fired a weapon at Officer Wortham, but separate juries found them both guilty of two counts of first-degree murder as accomplices after about four hours of deliberations.

They were in the getaway car while two friends allegedly tried to steal the officer's motorcycle at gunpoint. Both the officer and one of their friends, the alleged shooter, were killed in the exchange of gunfire. Taylor and McGee hit the officer with the car and dragged his body down the street.

"Both of these defendants are being held accountable for the murder of Officer Wortham, as well as the murder of their cohorts," said Cook County State's Attorney Anita Alvarez.

The 30-year-old officer had recently returned from a tour of duty in Iraq. He'd also spoken out against the violence in his community.

His father is a retired Chicago police sergeant. When he saw the men approach his son, he got his own weapon and fired several shots at the men.

"He loved everybody and he did his best, and I want people to remember that," said Thomas Wortham III, the victim's father.