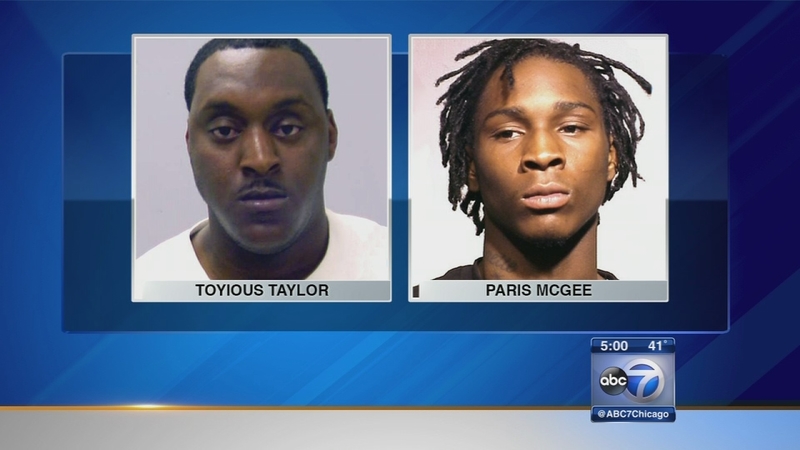 CHICAGO (WLS) -- The mother Chicago Police Officer Thomas Wortham IV testified at the murder trial of two men accused of killing her son in front of her Chatham home.

Toyious Taylor, 29, and Paris McGee, 24, are both charged with two counts of murder in the fatal shooting in 2010. The two allegedly drove the getaway car as two other men- Brian and Marcus Floyd- opened fire while trying to steal the off-duty officer's motorcycle.

Wortham's mother testified about a chaotic scene in which her son was approached by the Floyds. Carolyn Wortham said her husband, retired Chicago Police Officer Thomas Wortham III, saw the commotion outside their Chatham home and went to get his gun.

She said she heard her son announce he was a police officer and then saw the flash of a muzzle from a gun. Officer Wortham was fatally shot. His father returned fire, killing Brian.

The senior Wortham told the court he picked up his son's service revolver and had one gun in each hand. "I shot both," he said.

McGee, who was the passenger in the red Pontiac, fired at Wortham III, but missed. The driver, Taylor, allegedly took off, hitting already wounded Officer Wortham and dragging him down the block.

In the 911 call played in court, Carolyn Wortham is heard telling dispatch to send an ambulance because they'd shot her son and run him over.

There are two juries hearing the testimony in the Taylor and McGee trials. Marcus Floyd is also charged in Wortham's murder.