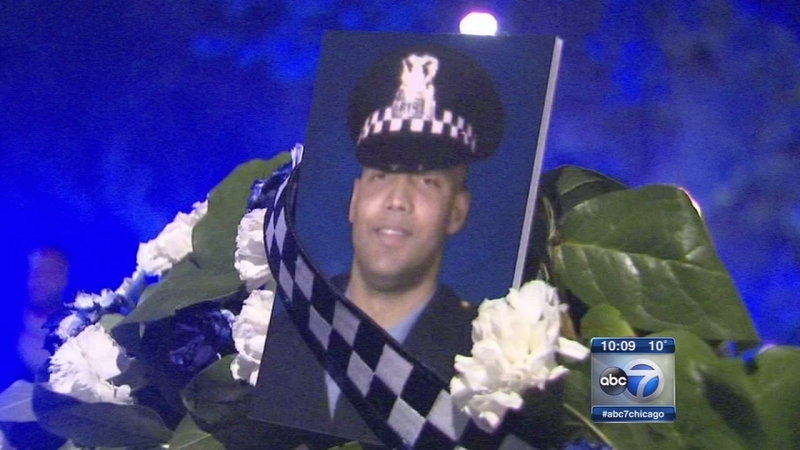 McGee and Taylor received life in prison without parole in the murder of Officer Wortham, as dictated by law in the death of police officer.

"When they killed my son, they killed a man who spent his whole life trying to help people, help make things better," Thomas Wortham III said.

McGee and Taylor were convicted of first-degree murder in November. The two acted as lookouts for brothers Brian and Marcus Floyd, who were attempting to steal Wortham's motorcycle outside his parents' home. They fatally shot Officer Wortham and then dragged him down the street with the getaway car.

"Only a lookout or getaway driver does nothing to absolve criminal responsibility," Judge Timothy Joyce said.

Brian Floyd was fatally shot by Thomas Wortham III, a retired police officer. He and his wife, Carolyn, along with their daughter, Sandra, gave impact statements on Wednesday. She spoke about how strangers would come up to her after her son's murder, including one who said her son had sent him to jail.

"I did something wrong and I went to jail. But I went with my dignity because your son treated me like a man," Carolyn Wortham said.

"Part of the aftermath of torture is imaging their last moments. I sat through the trial. And I heard all the evidence, but I often lie awake and think of those precious seconds," sister Sandra Wortham said.

Both of the convicted killers were given the option to speak. McGee declined. Taylor professed his innocence.

"Mr. Wortham, you know, you say you identified me or you seen me there. And I know I wasn't. And you know I wasn't," Taylor said.

Officer Wortham served his country with two tours in Iraq, his city as a police officer, and his neighborhood. His family hopes their impact statements and loss will register to a larger audience outside the courtroom.

"I don't want to see anyone else lose a child. A father. A sister. A brother. I would like to see the killing stop," Wortham said.

The case was the first where cameras were allowed in a Cook County criminal courtroom during a sentencing. Cook County is the latest in the state to allow courtroom cameras, a practice commonplace in other states.