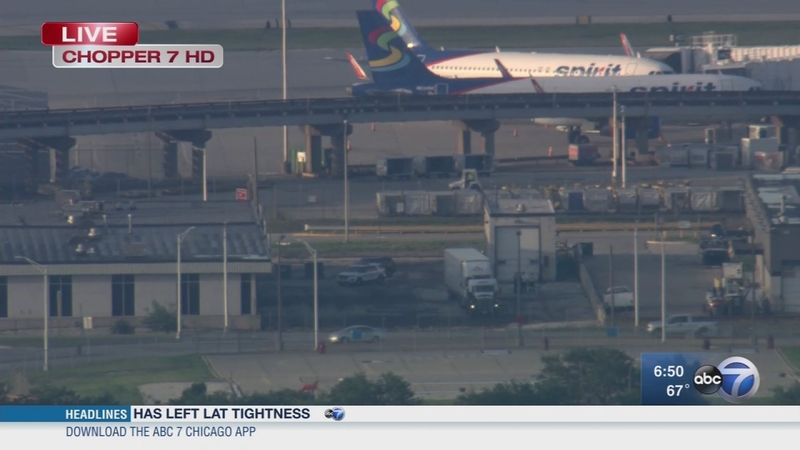 CHICAGO (WLS) -- A man was charged Friday after the Chicago Police Department Bomb Squad was called to O'Hare International Airport as a precaution to investigate a semi truck parked outside Terminal 3.

Alexander Lavrentyev, 35, has been charged with one misdemeanor count of reckless conduct and traffic citations, Chicago police said.

Officers observed an unattended semi parked in an unauthorized area at about 3:50 a.m. Friday, authorities said. They could not find the driver. There was a heavy police presence in the departure area during the morning rush., but the investigation did not affect airport operations.

Police had the truck towed to another location. The vehicle was eventually cleared after "no dangerous materials were found," police said.

The driver of the semi was located in the area and was questioned by police at the airport. Friday afternoon police said charges are pending against the 35-year-old man.

Travelers at O'Hare said in the current climate, people can't be too careful.

"I think we all have to work hard to make sure that we all stay safe," one woman said.