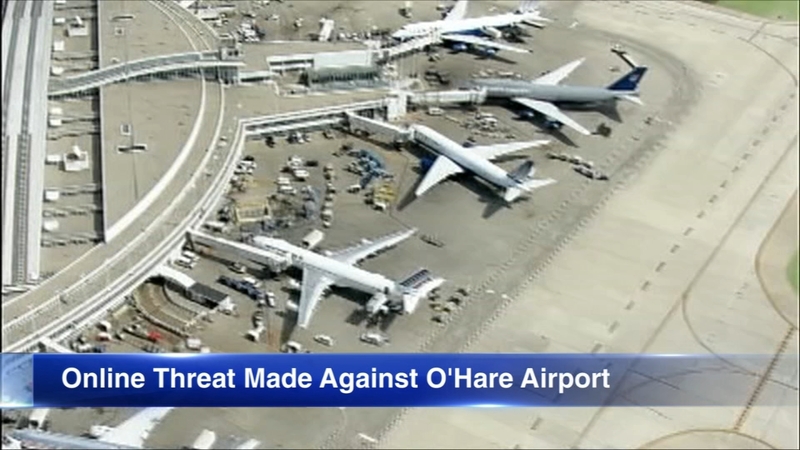 Someone working on a computer somewhere in New York received a message about 11:40 p.m. from an unknown sender who demanded cryptocurrency, according to a statement from Chicago police.

The victim told authorities that the sender "stated there will be retaliation to O'Hare Airport if his demands are not met," police said. Area North detectives are investigating.

"We continue to work with our Federal, State and Local partners in assessing any credible threat to public safety," he said in a statement.

Maine Township High School District 207 sent a message to parents Thursday morning that read, "In an effort to provide transparent communications with parents, we want to share that there was a threat directed at O'Hare International Airport that each of the Maine Township High School District 207 schools received this morning through anonymous alerts."

Clark said the threat was investigated by the FBI and the Park Ridge, Des Plaines and Chicago police departments, and that authorities told the school district there was "no credibility" to the threat.

Representatives for Park Ridge police and the Chicago Department of Aviation did not immediately respond to requests for comment.