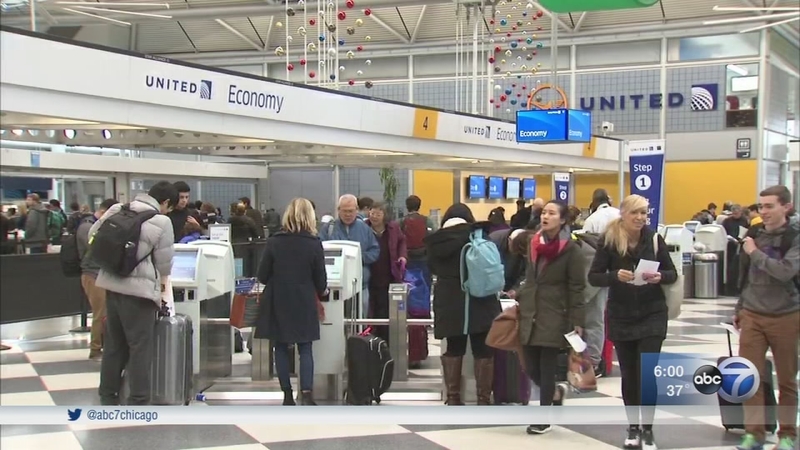 Friday is busiest day for air travel during holidays

CHICAGO (WLS) -- Before the big holiday weekend, many people have to get through the big holiday travel crush. Whether you're traveling by train, plane or automobile, expect to have lots of company.

TSA lines and the lines at check-in kiosks fluctuated all morning long at O'Hare International Airport, which is why smart travelers got to the airport as early as possible.

"Everything is early. Early as possible. That way you can make it," said Felipe Rivera, a traveler.

"O'Hare is secure and has been cleared by the CPD following a reported bomb threat this afternoon. CPD's bomb and arson team responded immediately and has since cleared this situation; passengers are now safe to return to the area," said Lauren Huffman, spokesperson for the Chicago Department of Aviation.

Charges were pending against a man escorted off a plane after making that bomb threat, Chicago police said.

Authorities were called with reports of the man making a threat about 1:45 p.m., according to police News Affairs Officer Thomas Sweeney.

He was escorted off of the plane and "the area was rendered safe and clear," Sweeney said.

Sadie, who is only 6 months old, boarded her third flight since birth on Friday. Her father, Dan Zagorin, said they left even more time than usual to get to the airport.

Courtney King already celebrated with her family in the Chicago suburbs before embarking on her flight back home.

"We created our own holiday called Courtney's Christmas, and so we did a special Christmas brunch. We did the finale last night when we exchanged gifts and we had a very big dinner," she said.

She's now flying back to Columbia, S.C. She has to work on Christmas Eve and Christmas Day.

"It is rough, I am not gonna lie, but I have tried to make it special. I try to make cookies for my coworkers," King said.

A family from Rockford waited at O'Hare to pick up their favorite airman.

"I have not seen him in a very long time, and I like to see him again," said Samantha Coronnier, cousin.

"It is really hard, it's hard not having a brother for five months," said Brayden Wold, brother.

Airman First Class Austin Wold and his family were reunited in baggage claim, filled with emotions. They're all looking forward to spending time together as a family.

"Seeing everyone I haven't seen in almost half a year," Wold said he's looking forward to the most. "And probably grandma's food."

O'Hare will have 225,000 passengers pass through it Friday, and 70,000 will pass through Midway International Airport. It's expected to be the busiest day of the travel season.

Glenn Guiliam and his wife, Kye, said they've learned a lot about how to travel on the busiest day of the year. They travel to New York on this day every year.

"You live and you learn a little bit. Or at least you hope you learn," Glenn Guiliam said. "Later flights, more traffic to contend with trying to get to the airport and then long lines at the security check-in. Those have been interesting challenges."

"As long as we can get through, that's all that matters," Kye Guiliam said.

Things could be much worse at Chicago's airports, like they were at the airport in Dallas. Crowds of passengers were forced to evacuate Dallas Love Field when a fire alarm went off.

They were eventually allowed back in, but passengers had to wait about 90 minutes to be rescreened by security. 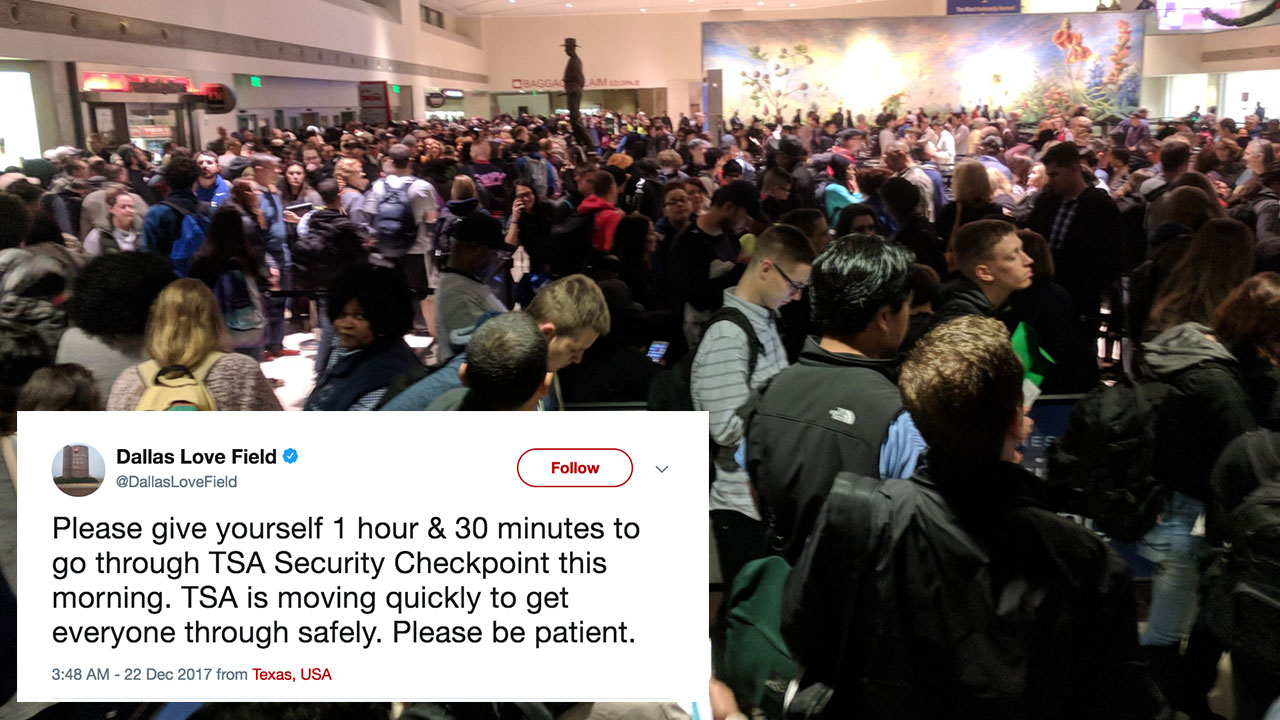 Dallas airport evacuation leads to 90-minute airport screening line
All passengers at the Dallas Love Field Airport had to be re-screened after an evacuation. The airport said to allow 90 minutes for security screening.