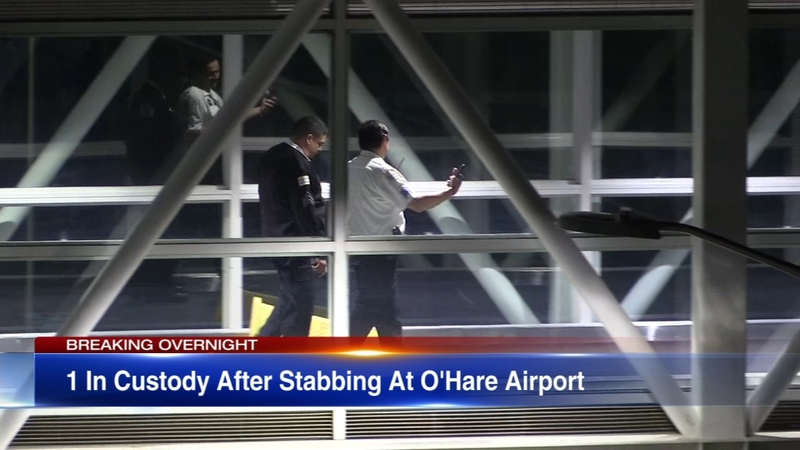 Man stabbed at O'Hare; 1 in custody

CHICAGO (WLS) -- A man was stabbed on a walkway bridge at O'Hare Airport Wednesday morning and another man is in custody, Chicago police said.

Police said two men, who have been known to solicit passengers for cab rides, got into an altercation on a walkway bridge from Terminal 5 to the ground level parking lot at about 1:20 a.m.

Both men, ages 56 and 57, rode the escalator to the parking lot level when the 57-year-old man took out a knife and stabbed the other man in the stomach, police said. The victim tried to defend himself by using a safety cone to hit his attacker.

A passing law enforcement officer working at the airport saw what was going on and called for assistance.

Police said the suspect was taken into custody and the victim was taken to Lutheran General Hospital where his condition has been stabilized.