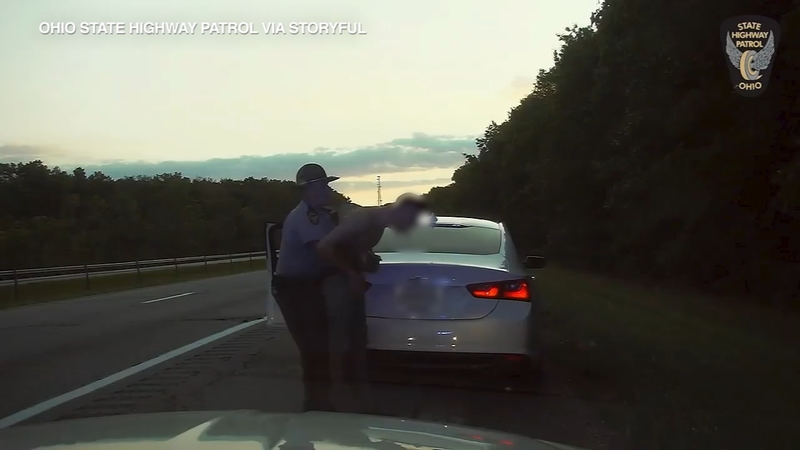 PORTAGE COUNTY, Ohio -- An Ohio state trooper performed a Heimlich maneuver on a man who swallowed a bag of marijuana during a traffic stop.

This footage, released by the Ohio State Highway Patrol on July 8, shows Trooper Charles Hoskin saving the 24-year-old man who had swallowed the drugs prior to getting pulled over, authorities said.

"Don't try to swallow a bag of drugs prior to getting pulled over in an attempt to keep a trooper from finding them," the highway patrol said. "Luckily, Trooper Hoskin from our Ravenna Post was alert and able to assist the man who was choking on a bag of illegal marijuana."