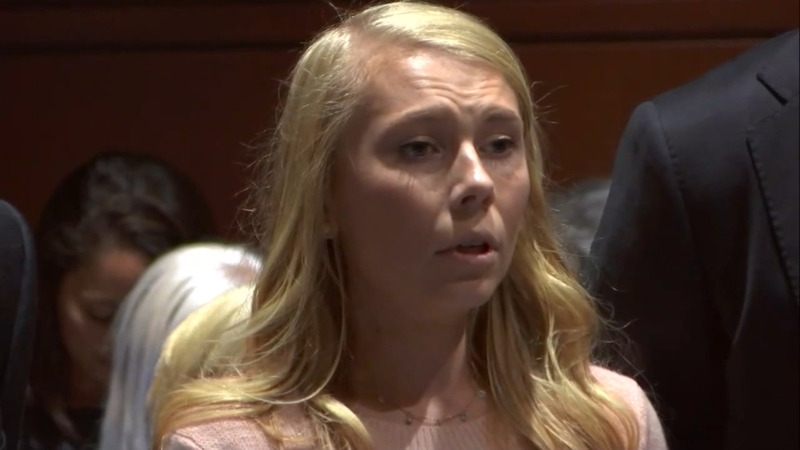 Ohio -- An Ohio woman accused of killing her newborn daughter and burying her in her Carlisle backyard has been found guilty of abuse of a corpse.

She will be sentenced Friday for the abuse of a corpse and faces up to a year in prison, CNN affiliate WKRC reported.

When the verdicts were read out Thursday, Richardson sobbed before she was led out of the courtroom in handcuffs.

Baby was found 2 months after childbirth

Richardson delivered her baby at home in her bedroom the night of May 7, 2017, when she was 18, according to the affiliate.

Two months after the baby she named Annabelle was born, investigators found the skeletal remains in a shallow grave with a flower on top placed by Richardson, according to the affiliate.

The sheriff's office started an investigation that led to the remains after she showed up at her doctor's office -- where she'd taken a pregnancy test -- without a baby, prosecutors said in closing arguments.

Prosecutors said when the doctor asked, she burst into tears and said the baby was not alive at childbirth and she'd buried her in the backyard.

Prosecutors painted a picture of a teen who was in a new relationship at the time and wanted nothing to do with the baby or the man who impregnated her. They alleged she killed the baby after she gave birth in the middle of the night, believing she'd have no future as a mother.

"Upon finding out that she was pregnant by a boy she had nothing to do with, Brooke Richardson burst into tears and told her doctor that she could not have this baby," Prosecutor Steve Knippen told jurors this month, according to the affiliate.

It said prosecutors showed the court a picture of her at the gym hours after giving birth and said she sent a message to her mother.

"My belly is back, OMG. I am never, ever, ever, ever letting it get like this again. You're about to see me looking freaking better than before, OMG," the text message said, according to Knippen.

Richardson did not take stand in her own defense.