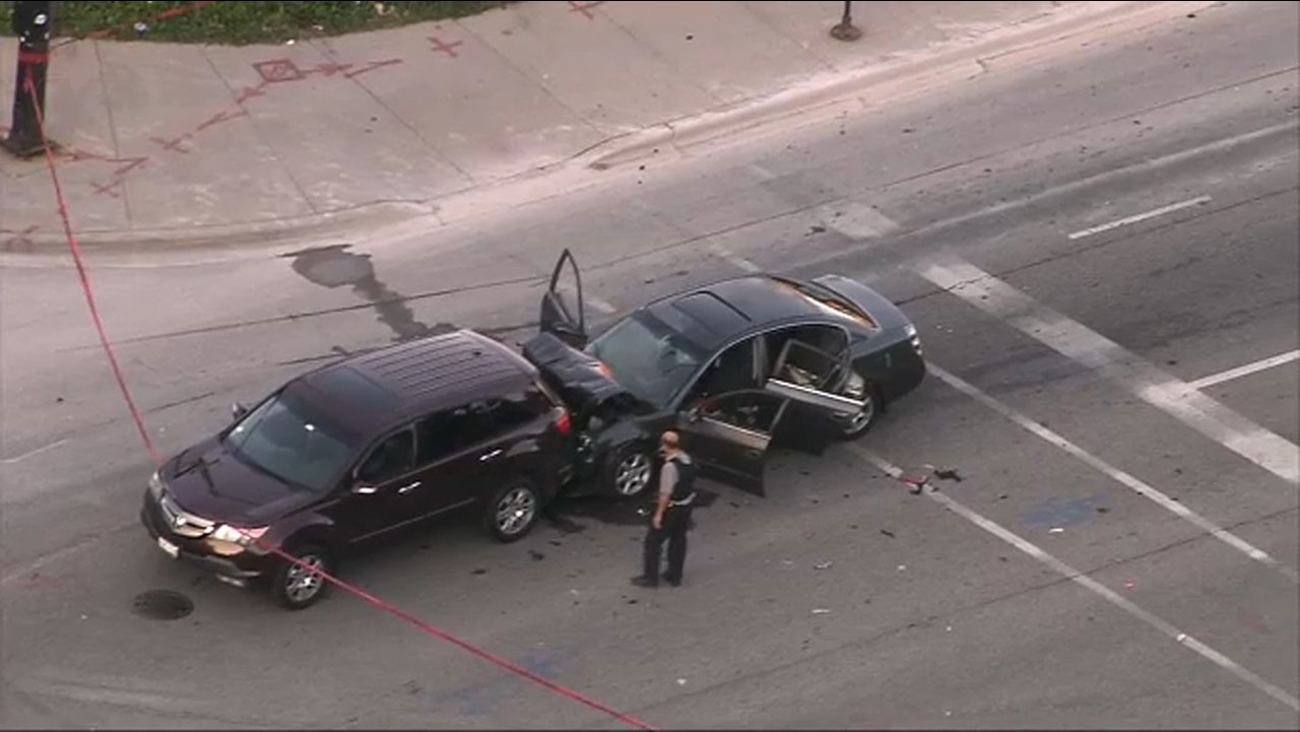 Police said a 32-year-old man driving an Acura was stopped at a red light in the 600-block of West North Avenue at about 3:33 a.m. Monday when he was rear-ended by a male driver in an Nissan. Both vehicles were traveling east and the Acura was pushed into the intersection, police said.

The driver of the Nissan was transported to Illinois Masonic Hospital, where he was pronounced dead, police said. Authorities have not released his identity.

The driver of the Acura did not suffer any injures and refused medical treatment at the scene.