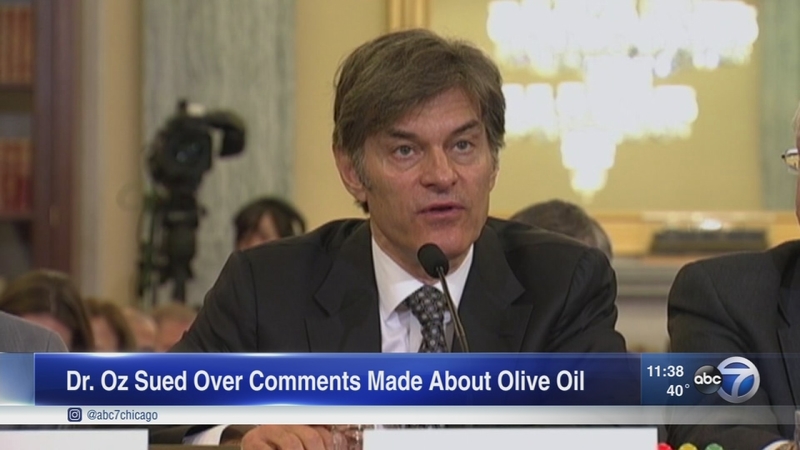 An olive oil trade association has sued Dr. Oz for saying 80 percent of extra virgin olive oil sold at supermarkets "isn't the real deal," during an episode in May.

In a suit filed this week, the North American Olive Oil Association said Dr. Oz, "...willfully and maliciously disseminated...false information about olive oil," adding that in their independent scientific evaluations of hundreds of bottles of retail olive oil, "...95 percent of the tested samples meet or exceed quality and purity standards."

Though a bid advocate of olive oil's benefits, on the episode, an olive oil expert conducted what was said to be a blind smell and taste test of five unidentified brands of Italian olive oils and concluded four of them may have been mixed with cheaper oils or artificial colors.

It is not the first time Dr. Oz's comments have been called into question. In 2014, he appeared before a U.S. Senate panel after making weight loss claims about green coffee extract.

In response to the olive oil lawsuit, the Dr. Oz Show told ABC News that they will "....aggressively defend the story which was covered by numerous other reputable news organizations."