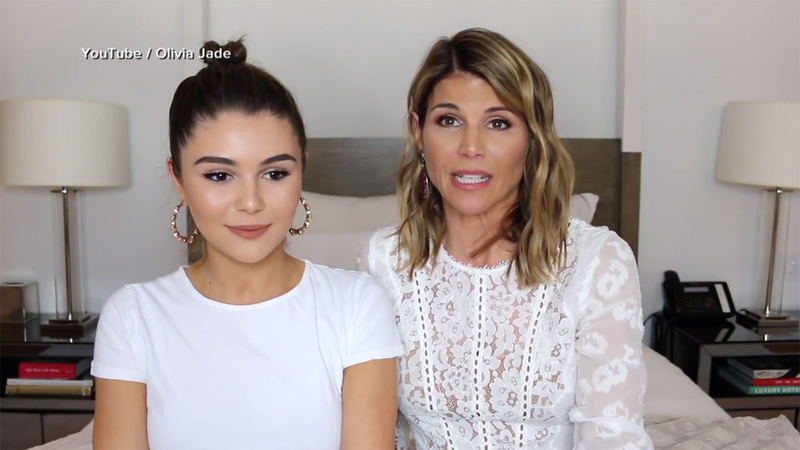 LOS ANGELES -- Actress Lori Loughlin and her husband, both charged in an alleged college admissions scheme to get their two daughters into college, are reportedly dealing with painful family fallout.

Their daughter Olivia Jade is lashing out against her parents, blaming them for her bad PR as she works to rebuild her own brand, according to People magazine.

"Our source says Olivia is very frustrated with her parents and she never would have gone along with this if she had known about it," People senior editor Breanne Heldman told ABC News. "She's distraught, she's embarrassed and she's determined to figure out how to rebuild her brand."

The 19-year-old YouTube star lost major sponsorships from Tresemme and Sephora after her parents were arrested last month for allegedly paying $500,000 in bribes to get her and her sister Isabella into the University of Southern California. Authorities said Loughlin and husband Mossimo Giannulli helped create fake athletic profiles for their daughters by having them pose for photos on rowing machines.

A packaged-food entrepreneur from California became the first of the 33 parents charged in the scandal to agree to plead guilty this week, disclosing the deal Wednesday as Loughlin, Giannulli and Felicity Huffman appeared in court along with some of the other defendants.

Peter Jan Sartorio, 53, was accused of paying $15,000 in cash to have someone correct his daughter's answers on the ACT college entrance exam. The exact charges to which he planned to plead were not immediately clear.

The two actresses said little during the brief hearing in a packed Boston courtroom and were not asked to enter a plea. They remain free on bail. Several other parents were given similar hearings of a few minutes each.

Huffman, the 56-year-old former "Desperate Housewives" star, is charged with paying the admissions consultant at the center of the scheme $15,000 to have a proctor correct the answers on her daughter's SAT.

Huffman, Loughlin and Giannulli have not publicly addressed the allegations.

They and others are charged with conspiracy and fraud, which carries up to 20 years in prison. But first-time offenders typically get only a fraction of that, and experts said some parents may avoid prison if they quickly agree to plead guilty.