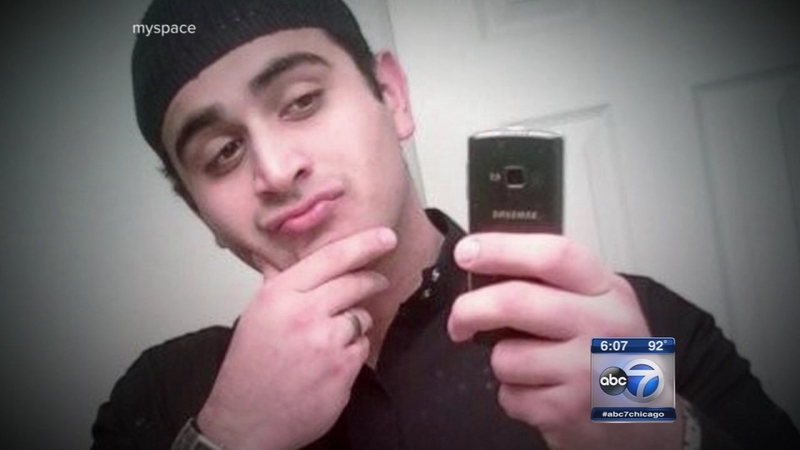 ORLANDO, Fla. (WLS) -- The FBI released transcripts of conversations between the gunman and police in the Orlando nightclub massacre on Monday.

The Orlando shooter may not have been directed by foreign terrorists, but his own words make it evident that he considered himself an Islamic terrorist. Omar Mateen's words are heard in phone conversations with police that took place as the worst mass shooting in U.S. history was underway.

"While the killer made these numerous statements, he did so in a chilling, calm and deliberate manner," FBI Special Agent Ron Hopper said.

In an initial call to 911 from inside the Pulse nightclub, Mateen said: "In the name of God the Merciful, the beneficent [Arabic]..."

"Praise be to God, and prayers as well as peace be upon the prophet of God [Arabic]. I wanna let you know, I'm in Orlando and I did the shootings," Mateen said.

Authorities say Matten made those statements a half hour into the assault on the club. Almost 100 people were shot, and 49 of them were killed. In that initial call to 911, Mateen stated his motivation.

"I pledge allegiance to Abu Bakr al-Baghdadi," he said, invoking the name of ISIS' top leader. "May God protect him [Arabic], on behalf of the Islamic State."

On Monday, authorities laid out a timeline of their efforts to retake the nightclub, saying officers were inside for three hours trying to get victims out. The final shots were fired in a storm of police grenades and bullets as a SWAT team entered the building at 5:02 a.m.

"So during that time, our officers were intermittently in and out of that club saving people. I think there was this misconception that we didn't do anything for three hours and I'm just trying to clarify that that's absolutely not true. We have been training for this situation for many, many years - since Columbine, since 9/11," Orlando Police Dept. Chief John Mina said.

Monday's police briefing in Orlando was aimed at those who have suggested intelligence efforts were weak and responding officers weren't aggressive enough.

FBI Director James Comey brushed aside the second-guessing as naive and said his agents did what they should have, even though 10 months of investigation failed to stop Mateen from obtaining legal weapons.

ON Tuesday, U.S> Attorney General Loretta Lynch will meet with first responders and victims and then with the media.