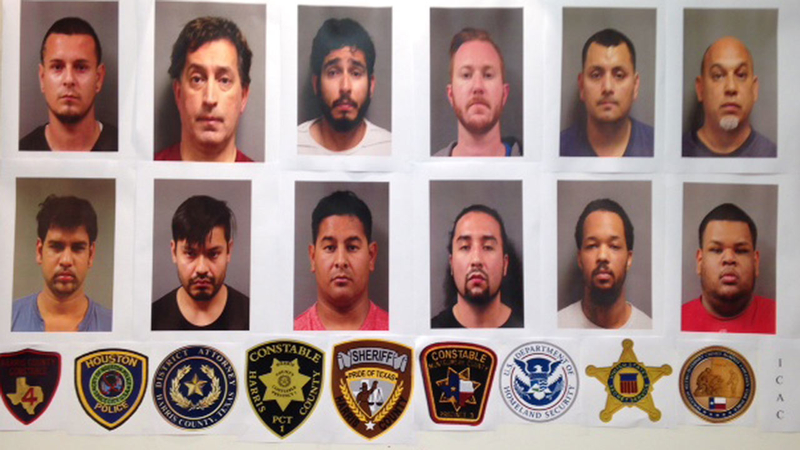 HOUSTON -- A three-day multi-agency undercover sting in which law enforcement officers pretended to be teens landed 12 men under arrest, accused of online solicitation of a minor.

Officers from multiple agencies worked together to identify the men, who were chatting online with individuals they believed to be teens between the ages of 13 and 15.

MUG SHOTS OF THOSE ARRESTED


The men arrested ultimately drove to an apartment in northwest Houston, reportedly to meet with the supposed child for sex. The apartment was outfitted with surveillance cameras, and was surrounded by undercover officers and deputies.

"Some of the defendants arrived at the undercover location with alcohol and condoms. One showed up with a gun, another with Ecstasy," Anderson said. "These suspects are ready, willing and able to hurt a child, without giving it a second thought."


Authorities say parents need to be aware of what their children are doing online, and are asked to remind their children that the Internet can harbor dangerous individuals.

"The internet is not safe," said Anderson, "Know what your children are doing online."