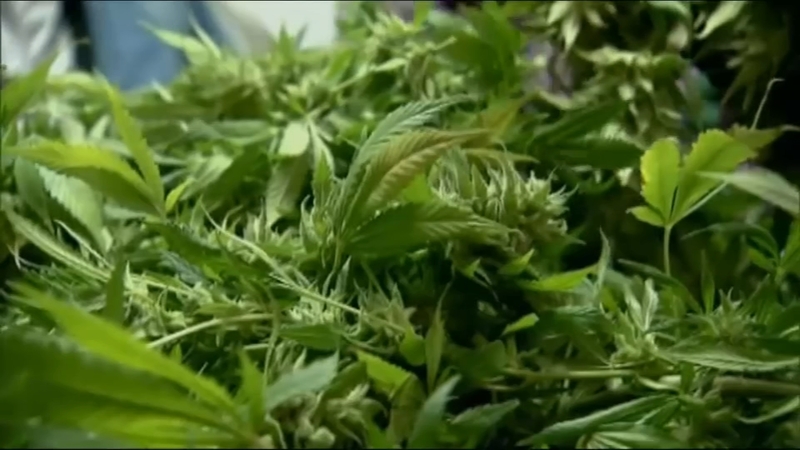 "It's given me my life back, I'm active again with my six year old so, I'm doing all the activities I used to," said Melissa Hallbeck, medical marijuana user.

Hallback said she was once addicted to opioid pain killers, but now is able to manage her chronic stomach pain with medical cannabis.

The bill signed by the governor would allow doctors to prescribe marijuana as an alternative to highly addictive pain killers like Vicodin or OxyContin. The opioid crisis is blamed for killing more than 2,100 people in Illinois last year.

The bill establishes a pilot program for that's limited to people 21 and over. Physicians must certify that a patient has a medical condition for which an opioid could be prescribed or has already been prescribed.

"This creates an option to save lives, prevent pain, treat pain but in a way that does not lead to a destructive addiction of opioids," said Gov. Rauner.

Rauner said the bill would help make Illinois healthier. But it comes four days after he vetoed a different bill that advocates say also would have made Illinois healthier by raising the age to buy tobacco products from 18-to-21.

"I told him that the real effect of this bill is to stop an 18 year old from buying cigarettes so he or she can give it to the 14, 15 or 16 year olds," said Senate President John Cullerton.

Already many people cross the state line to buy cigarettes which are much cheaper in Indiana. Those who talked to ABC7 seemed skeptical about an age restriction really impacting access to cigarettes.
"It has everything to do with the amount of exposure the kids get to it growing up, so I don't think an age limit would affect anything at all," said Mike King, Chicago.

"The age of 18 is adulthood. And 18 year olds serve in our military, 18 year olds vote, and the states around us do not require someone to be older to purchase tobacco products," Rauner said.

Lawmakers and advocates say they will try to get enough support to override the governor's tobacco bill veto.