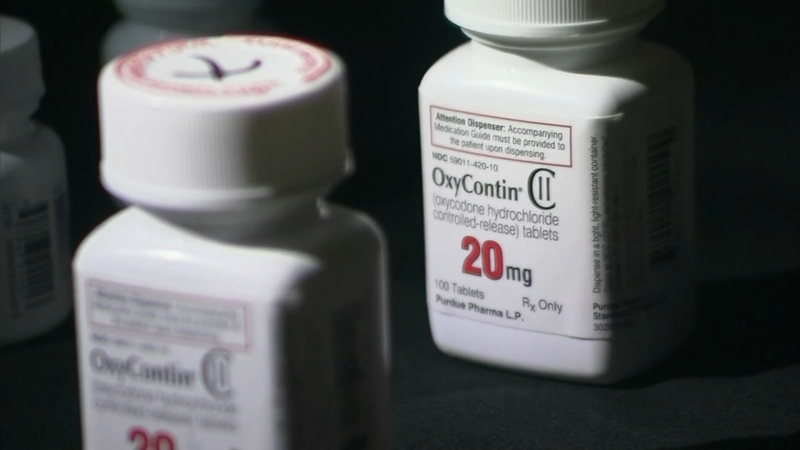 CHICAGO (WLS) -- Two unions are the first in Illinois to sue the manufacturers, distributors and prescribers of powerful opioid painkillers.

The building boom in downtown Chicago has been keeping the trades busy, but construction jobs are tough and come with a physical cost.

"Any time you are up in the air, whether it's a high rise building, or lifting big materials, there is always a chance for injury," said Gary Perinar, Chicago Regional Council of Carpenters.

Injuries have led to opioid addictions.

According to the Centers for Disease Control, construction workers have the highest rate of opioid-related overdoses compared to any other occupation in the country. The Chicago Regional Council of Carpenters lost two of its members in the last couple months. Perinar, who heads the union, said the problems are also costing their union health fund millions of dollars as more and more carpenters struggle with opioid addictions.

"It affects their ability to perform on a job site, it hurts our contractors with respect to productivity, it's a downward spiral in moving forward in a carpentry career," he said.

The carpenters union teamed up with the International Union of Operating Engineers Local 150 to file a groundbreaking lawsuit in hopes of holding drug manufacturers, distributors and doctors accountable. They are the first unions in Illinois to take legal action against several pharmaceutical companies, and others.

"The suit accuses the drug companies of fraud, unjust enrichment and conspiracy for the way they falsified research and misled people into believing their opioids were not addictive," said Ari Scharg, attorney with Edelson PC.

Union attorneys said they are not looking for a settlement. They would rather have the case go to trial to force companies to release information about their drugs.