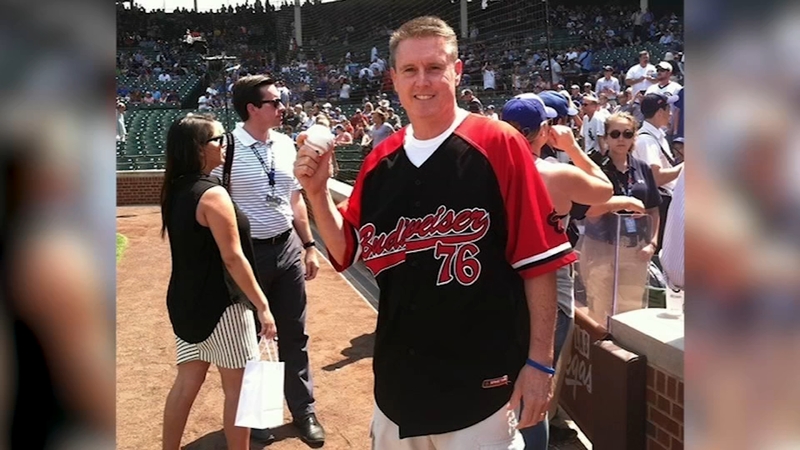 JOLIET, Ill. (WLS) -- Cemeno's Pizza in Joliet was the perfect place to honor Michael Cecchi. He and his family and friends were regulars at the restaurant.

On Saturday, they memorialized their loved one on the one-year anniversary of his death.

"He was there for everybody and that's why the community is so strong," said Eric Cecchi, Michael's son. "Everybody's here for us."

Michael Cecchi strongly believed in helping others. He even wanted to make a difference in someone's life after he was gone, signing up to be an organ and tissue donor.

"We went to get our driver's licenses renewed and we thought, 'Why wouldn't you help someone else if you could?'" said Michael's wife, Jeanne Cecchi.

Michael Cecchi died in November of last year form severe head trauma resulting from a tragic fall. But his legacy lives on.

Cecchi's right kidney went to a man in his 60s, his liver to an 18-year-old and his left kidney went to a woman in her 50s. His tissue gifts will offer lifesaving and life-enhancing benefits to many other lives.

"People who are organ donors are people who shouldn't have left this Earth, like Mike that we're celebrating today," said Kevin Cmunt, president and CEO of Gift of Hope Organ & Tissue Donor Network. "Perfectly healthy guy in his 50s and all of a sudden he's gone."

For the past four years, the network has memorialized organ donors with benches to raise awareness about the importance of organ donation.

On Saturday, Cecchi's bench was unveiled outside of Cemeno's Pizza.