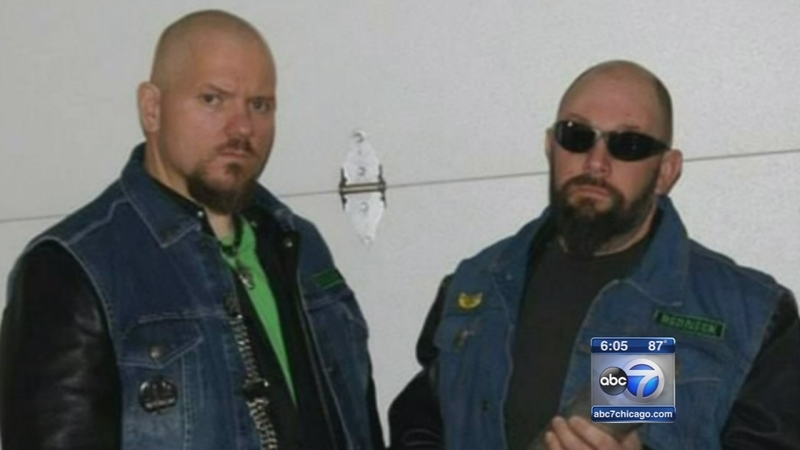 ORLAND PARK, Ill. (WLS) -- There is fallout from an I-Team investigation of two suburban employees on medical leave who were found working in the pro-wrestling business.

In the wrestling business, when a grappler can't take it anymore, they tap their hand on the mat as a signal of submission that they want to quit the match. On Monday, "tapping out" is just what a tag team of Orland Park public works employees has done.

Two employees have resigned two weeks after the I-Team found them working on the pro-wrestling circuit while on disability from their government jobs.

Since November, Dan Slewoski had been on paid medical leave from his $69,000-a-year job in the Village of Orland Park. And since February, his partner Frank Rollins Jr. had been on disability from the suburban village.

Rollins' wrestling videos were shot with village equipment and are still on the Internet, but Rollins said "stroke-like conditions" prevented him from going to work with the public works department.

Both men said they were too infirmed to do their government jobs, but as the I-Team found last month, Slewoski was healthy enough to jump into the ring and tangle with an opponent, at one point dropping to his knees and battering the guy.

Despite what we saw, Slewoski claimed he was on medication and unable to get to Orland Park for his suburban taxpayer-funded job.

Goudie: "You're not a wrestler?"

Slewoski: "I talk into a microphone. I have no training. I am not a pro wrestler."


"We take any, any, any, uh, misconduct very seriously in this village," said Joe LaMargo, Village of Orland Park.

After the I-Team investigation and one by Orland Park, village officials say both men have resigned from their public works jobs.

Leaders in Orland Park are not saying whether those former village workers could still face charges or other legal action in connection with their medical disability claims. The ex-employees themselves did not respond to messages left Monday by the I-Team.

The I-Team has heard several times from the namesake of their wrestling team, the Manson Nomads. Mr. Ivan Manson said he merely linked up with the tag team from Orland Park and had nothing to do with their government jobs.