WLS
By By: Chuck Goudie, Ann Pistone and Christine Tressel 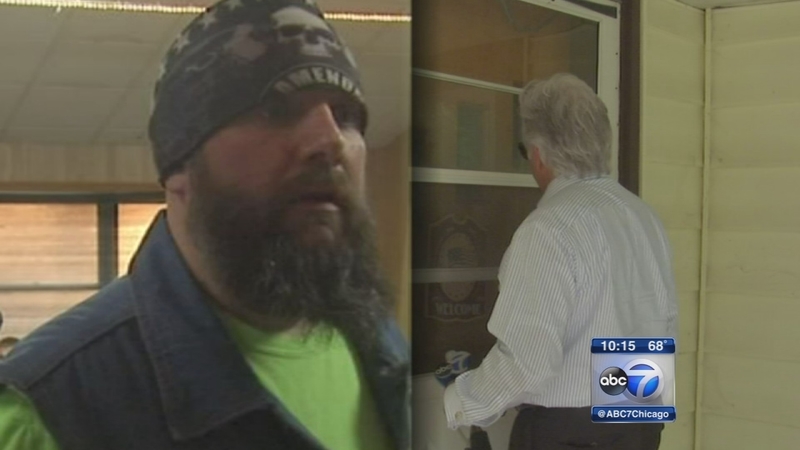 For months, these two government employees have been too sick to punch in for duty in Orland Park, and the taxpayers have been footing their disability checks. So when the men on medical leave appeared on an extreme wrestling card, the I-Team started looking into things. 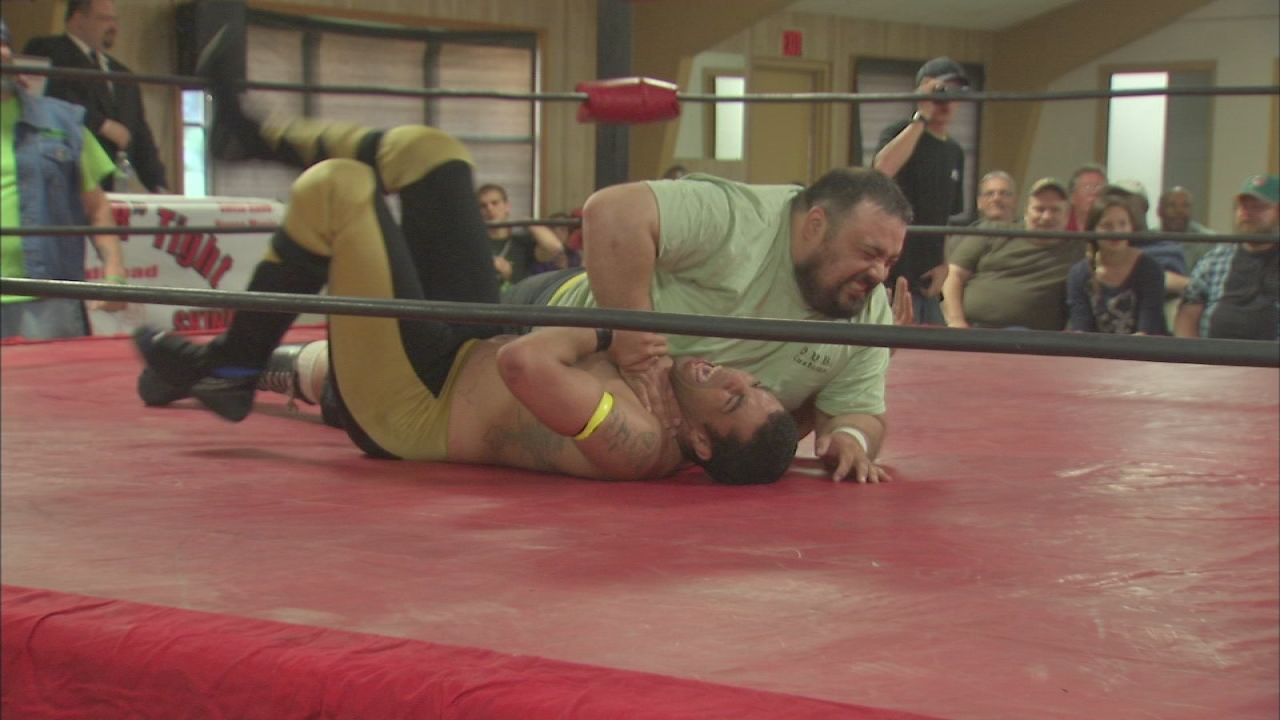 I Team Raw Video The full bout
Watch the I-Team's raw video of the full bout.

Ringside in Kankakee County, there's a full house for the evening of rib-breakers and beat-downs, when the Manson Nomads arrive portraying take-no-prisoner thugs.

"I know out here in Kankakee County where most of you hillbillies don't have phones," said Dan Slewoski, Orland Park Village employee.

This is Dan Slewoski, on medical leave from his job here in the Village of Orland Park. Since November, Slewoski has claimed he is unable fulfill his duties as a $69,000 a year public works employee.

While on disability, Slewoski appeared in these advertisements for the wrestling card 10 days ago. He's the one holding a muffler pipe, appearing ready to rumble. And even though Slewoski says doctors are still trying to figure out what's wrong with him, on fight night, Slewoski appeared to move with ease during the Manson Nomads appearance.

That is the burly Slewoski speaking from behind his front door, a few days after extreme wrestling night in Kankakee County. He wouldn't open the door when the I-Team went to his house to hear his side of things.

Goudie: "We're doing a story on your side job being a wrestler."

Goudie: "You're not a wrestler?"

Slewoski: "I talk into a microphone. I have no training. I am not a pro wrestler."


He does engage the crowd as the so-called announcer, but he also gets into the ring, climbing through the ropes, and then, at one point getting down on his knees he "pummels" an opponent cowering on the mat.

Goudie: "You weren't wrestling the other night in Grant Park?"

Slewoski: "I swear to you I did not wrestle in Grant Park, nope. I was there, I didn't wrestle."


Slewoski claims this isn't wrestling, it's "acting" unaffected by the nerve condition that has him on paid disability leave. He says its neuropathy, which is marked by tingling in one's limbs and sometimes pain.

"This was first brought to our attention at the end of April and we immediately. . .started an investigation on the allegations," said Joe LaMargo, Village of Orland Park.

Village officials say they are also investigating a second public works department employee who has been on medical leave since February, Frank Rollins Jr. Pictured as one of the wrestling Manson Nomads in this Facebook page started in March, and in ads for the wrestling match in May. Rollins tells the I-Team that even though he is in the ads, he has serious allergies and hasn't wrestled since going on village disability for a "stroke-like condition."

Orland Park officials say they are looking into these wrestling promotional videos that Rollins made several years ago, apparently shot in village offices, using village equipment-- and in this one, driving a village truck.

"Vehicles are you know they are used for you know village related business... if these allegations are true we'll take it as far as we need to in order to make sure the village is protected," said LaMargo.

Rollins tells the I-Team that he has used village equipment for wrestling videos, but claims he was given permission and was on his own time. He admits being currently involved in the wrestling business, but says he's not abusing his medical leave or going into the ring. Slewoski, the other man we saw in the ring, says he's on medication that prevents him from driving to work.