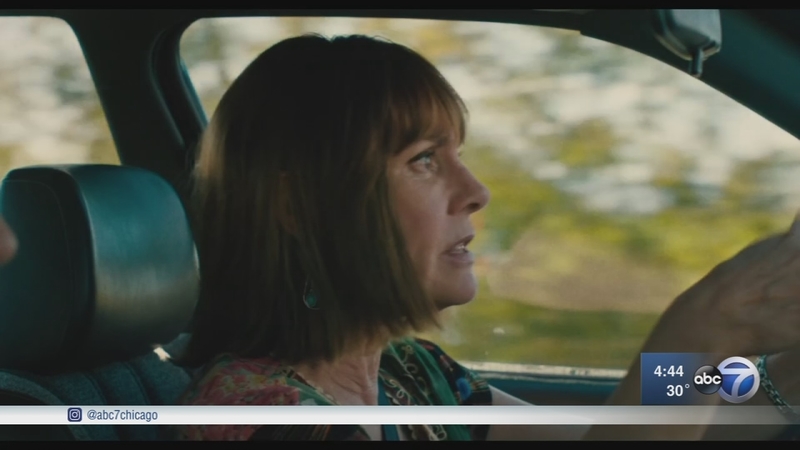 Oscar nominees with ties to Chicago

CHICAGO (WLS) -- Several of this year's Oscar nominees have strong ties to the Chicago arts scene.

After three decades in acting, Laurie Metcalf just got her first Oscar nomination for the film "Lady Bird." She grew up in southern Illinois, went to Illinois State University and launcher her career at Chicago's Steppenwolf Theater.

"Lady Bird" scored five nominations, including Best Picture and acting nods for Metcalf and Saoirse Ronan. Greta Gerwig is now only the fifth woman to ever be nominated for Best Director, and she also has a chance to win for Best Screenplay.

Metcalf got the news while rehearsing for a Broadway play.

"I got really emotional because everyone just poured their whole heart and soul into doing this film," Metcalf said.

Steppenwolf superstar Tracy Letts co-stars with Metcalf and has known her for 30 years. Letts also has a role in "The Post," nominated for Best Picture.

"I think everything Laurie does should be lauded and given awards. I think in Chicago, we've always felt that about Laurie. I think we've always known how great she is and now I look and say, is the rest of the world catching up?" Letts said.

Chicago's Kartemquin Films has two nominations: "Abacus: Small Enough to Jail" is up for Best Documentary. Director Steve James got his first nomination, despite his many acclaimed films, which include "Hoop Dreams" and "Life Itself."

"For me, it kind of feels like it's a nomination for all of them, not just for 'Abacus,'" James said.

But James said he's not writing an acceptance speech just yet.

"That's not my M.O. I engage in cautious pessimism," he laughed.

Kartemquin's "Edith and Eddie" is nominated for Best Documentary, Short Subject. James was an executive producer.

"I think it has an excellent chance to win because it's such a powerful story," he said.

Cher was so moved by the love story of an interracial elderly couple victimized by the system, she signed on as executive producer.

"The Shape of Water" got 13 nominations, more than any other movie. It features Chicago actor Michael Shannon. The film is up for Best Picture, Original Screenplay and lots of craft awards. Octavia Spencer earned a Best Supporting Actress nod. Guillermo Del Toro is nominated for directing and got a Golden Globe for the movie. He wrote Shannon's part just for him to play.

"There's nobody quite like this guy, he's an iconoclast. He makes movies that defy description, explanation," Shannon said of Del Toro.

Richard Jenkins is also nominated for "The Shape of Water." A native of DeKalb, Jenkins has a degree in drama from Illinois Wesleyan University.

Common has also been nominated for his song, "Stand Up For Something" for the movie "Marshall."