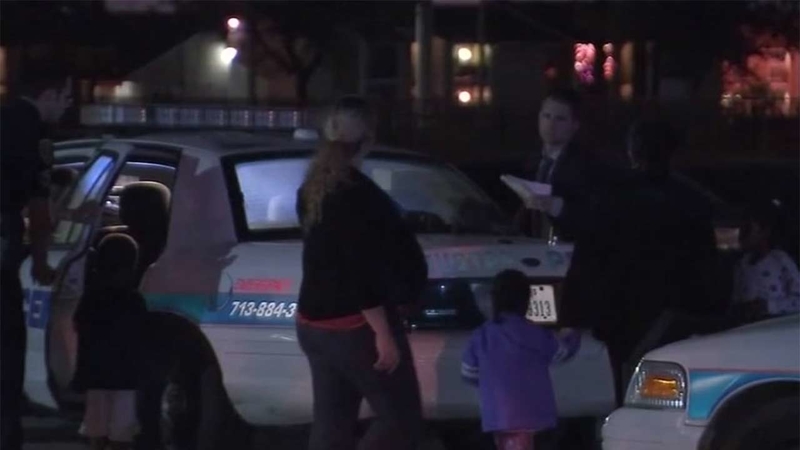 Father of siblings of burned toddler talks about his children

HOUSTON -- Fredrick Price came to the apartment complex on Sterlingshire looking for his two kids Thursday morning, both 3 years old. When Eyewitness News first talked to him, he had no idea they were among the children left alone in Unit 115 Monday night. That's where 19-month-old J'Zyra Thompson died after being placed in an oven.

"I need to know where they are, I haven't heard from my children in months," said Price. "I've been trying to contact Racquel."

Price is the ex-boyfriend of Racquel Thompson. Police believe she left her four kids, all under 5 years old, home alone Monday night. That's when little J'Zyra, seen on Thompson's Facebook page with big eyes and a bright smile, ended up in the oven. The toddler burned to death with three other kids in the home. She died without ever knowing a father.

"She was a cute little baby, I just didn't know if that was my daughter or not," said Price, who has never taken a paternity test relating to her ex-girlfriend's youngest child.

Court records obtained by Eyewitness News show Child Protective Services is concerned with a number of issues relating to Thompson and her boyfriend. Records show Thompson told officials she often left the kids home alone to drive her boyfriend to work at a pizza restaurant. On Monday night, Thompson and her boyfriend left to go get Dominos Pizza for takeout, and stopped at Walgreens to pick up a prescription. Case workers say the couple left the four kids home alone without telling a grandmother who lived in the same apartment complex.

"It's very irresponsible, someone should have been here or I should have gotten a phone call, come and get my children," Price said.

Price says his two children had been staying with Thompson because he lost his job a few months ago. He says he has since tried to contact Thompson on the phone and via Facebook, but she has not responded.

Court records show Price's two kids told investigators that one of them put the baby in the oven, and the other turned it on. Records show the children told CPS workers they made the oven "hot," and that the baby was kicking the oven door while inside. Records also show Thompson tried CPR when she got home. But it was too late, the child had multiple burns.

CPS said no suitable relatives can care for the three surviving children from the home, so they are currently in foster care. Thompson also has an older child who lives with his father. In addition, she is seven months pregnant with her current boyfriend's child. Thompson apparently also drove the kids without a license nor car seats.

Meanwhile, Price asked Eyewitness News about his two children. We told him they are in foster care, and he told us he will contact CPS to see if he can take custody of the children.

No charges have been filed against Thompson or her boyfriend, though CPS workers said in their court filings that criminal charges are expected.

"It's something I absolutely would not do, wouldn't," said Humphries. "They're already at that age where they get into a lot of stuff anyways."

Late Tuesday morning, another woman who identified herself as another grandmother came to the couple's defense. "All I can tell you is they're good people. They keep their kids together so I don't know what happened. I don't have no idea," said Gina Dennis.

The grandmother who lives in the complex says she doesn't know why the couple didn't tell anyone the kids were home alone. She says she was home and would have gladly gone over to the other apartment and watched the children if her son and girlfriend wanted to go out.

Other neighbors say it's not the first time they've seen the kids without adult supervision.

"She leaves her kids by themselves all the time, when she goes to work," said Miranda O'Neill Johnson.