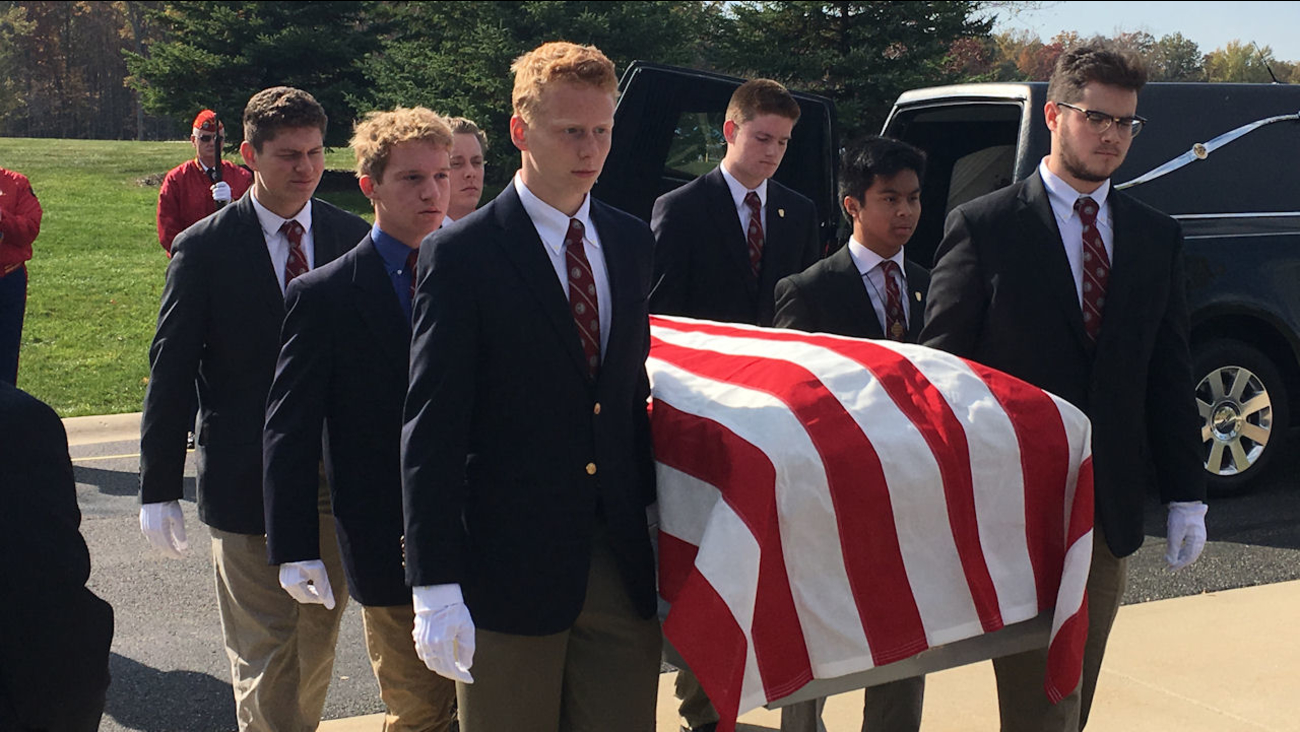 Six high school students served as pallbearers during funerals for homeless veterans who had not been claimed by a loved one. (University of Detroit Jesuit High School)

When three homeless veterans were laid to rest last week, their funerals were given dignity and respect from an unlikely source: high school students.

Five seniors and a junior from the University of Detroit Jesuit High School and Academy in Detroit, Michigan served as the pallbearers for funerals of veterans who had not been claimed by loved ones. 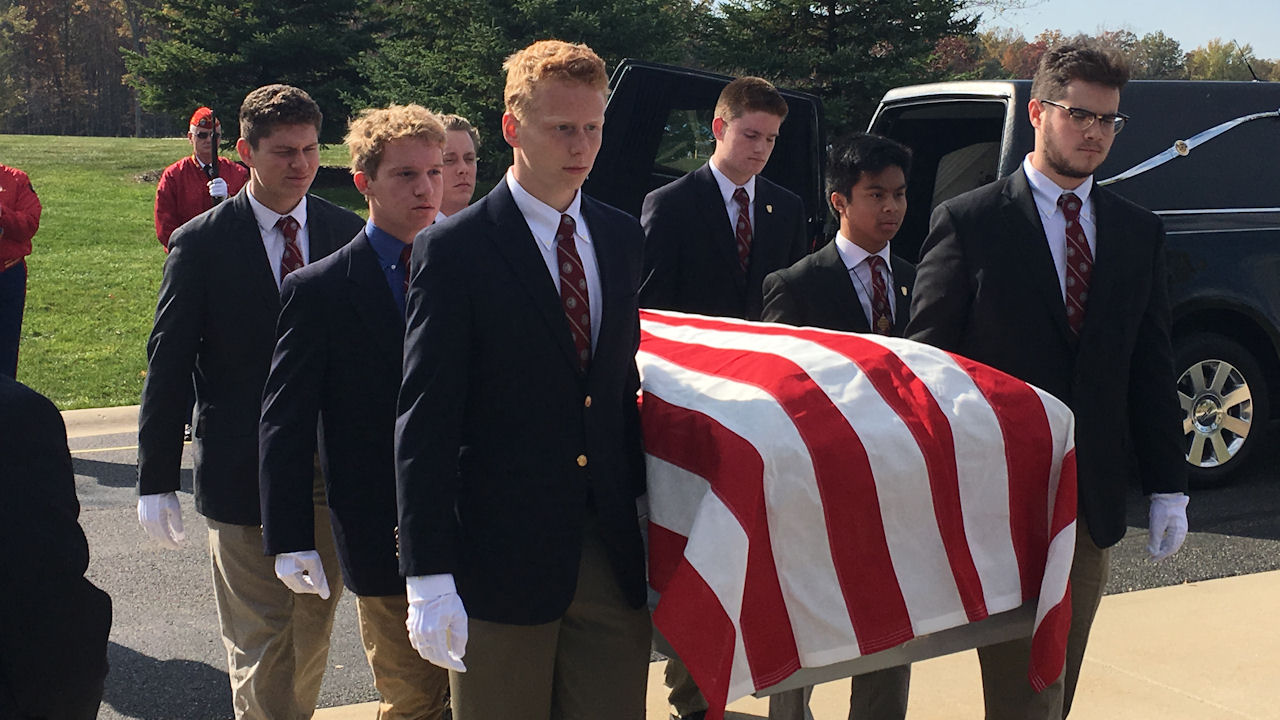 "I was glad and truly honored to have experienced and served those veterans who sacrificed their lives for our country," one of the students, Joshua Gonzalez, said in a reflection. "Being their pallbearer was just a little something that I could do to repay them for what they did for all of us."

The idea for the program came from the students themselves during a discussion about how they could serve the community, the school said in a press release. Students traveled to Cleveland to learn about a similar program.

"The pallbearer program at U of D Jesuit says a lot about the school and the young men who attend there," said Terry Desmond, the director of the funeral home that arranged the burials. "Their service to the less fortunate honors the dignity of individuals who are mostly out-of-the-view of our society."

In reflections written about the experience, some of the students said they were not sure what to expect and were a little uneasy about participating, but they were all glad they did. The students all rode together to the funeral, carried the casket to the grave and prayed together afterward. The solemnity of the process made an impression on the students, they said.

"During the experience, I was inspired and filled with awe by witnessing the different, yet similar, funeral customs that each branch of the United States Armed Forces presented," Gonzalez explained.

Above all, the students said, it was important to do something for veterans who might not otherwise get a proper burial.

"Many people outlive their families or don't have any one to be with them at their funeral," said 12th-grader Leonard Froehlich. "We strongly felt that everyone deserved the dignity of having people present at their last moments."
Related topics:
societyhigh schoolhomelessveteransfuneralteenagersu.s. & worldgood newsstudents
Copyright © 2022 WLS-TV. All Rights Reserved.
TOP STORIES
Security guard shoots man in buttocks at Millennium Park
9 shot, 2 fatally, on Near North Side
Chicago mass shooting victim ID'd as father of 2, with twins on way
New hotline aims to help those struggling with opioid, substance abuse
Officer relieved of powers after teen carjacking suspect shot: CPD
United cancels couple's flight, charges $4K more for same seats
Teen charged with killing man after kicking him in head in CTA attack
Show More
Great Lakes Piping Plover chick Imani spotted in Minnesota
Doja Cat drops out of Lollapalooza due to throat trouble
Legendary Cubs pitcher 'Fergie' Jenkins immortalized with statue
American Idol finalist Leah Marlene prepares for finale
Bakery works to help others as it serves up sweet treats
More TOP STORIES News