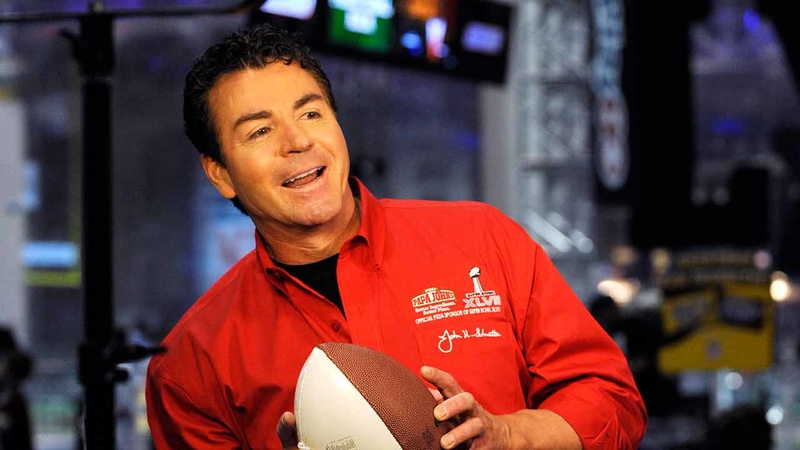 John Schnatter, the founder and public face of Papa John's pizza, has resigned as the company's chairman after it emerged he used the N-word on a conference call in May.

Papa John's said in a statement late Wednesday it would appoint a new chairman "in the coming weeks."

Schnatter had apologized earlier in the day after Forbes reported that he used the racial slur while participating in a role-playing exercise designed to prevent public relations crises.

In a statement issued through the company, Schnatter said: "News reports attributing the use of inappropriate and hurtful language to me during a media training session regarding race are true. Regardless of the context, I apologize. Simply stated, racism has no place in our society."

Schnatter founded Papa John's in 1984. He is the public face of the company and its largest shareholder, controlling 29%, and appears in its ads, including one that rolled out as recently as April.

According to the account in Forbes, Schnatter was on a call with Laundry Service, a marketing agency, and was asked how he planned to manage future public relations flare-ups.

Schnatter caused controversy last year when he said that Papa John's pizza sales were hurt by the NFL's handling of players' kneeling during the National Anthem in protest of racial injustice. He stepped down as CEO two months after the comments. He remains chairman of the board.

On the call, Schnatter sought to downplay the significance of his criticism of the league and its players, Forbes reported.

"Colonel Sanders called blacks n-----s," he said, complaining that Sanders had never received backlash, according to Forbes. The parent company of KFC did not immediately answer a request for comment.

Forbes also reported that Schnatter recalled growing up in Indiana, where he said people used to drag black people from their trucks until they died.

Forbes reported that Schnatter's comments were intended to demonstrate his stance against racism, but that people on the call were offended by them.

Laundry Service, which is owned by Wasserman Media Group, declined to comment through a spokesperson on Schnatter's remarks or the company's relationship with Papa John's. Forbes reported that Wasserman moved to end its contract with Papa John's after the call.

Schnatter also resigned Wednesday from the University of Louisville board of trustees. The chairman, J. David Grissom, said: "After speaking with John, I'm confident that his comments, while inappropriate, do not reflect his personal beliefs or values." He added that the members of the board don't condone racism or "insensitive" language.

He also thanked Schnatter for his "generous support for so many years." The University of Louisville football team plays its home games at Papa John's Cardinal Stadium.

Papa John's was the longtime exclusive pizza sponsor of the NFL, but ended its partnership with the league earlier this year under new CEO Steve Ritchie. The company is the third largest pizza chain in the United States by sales, trailing Domino's and Pizza Hut.