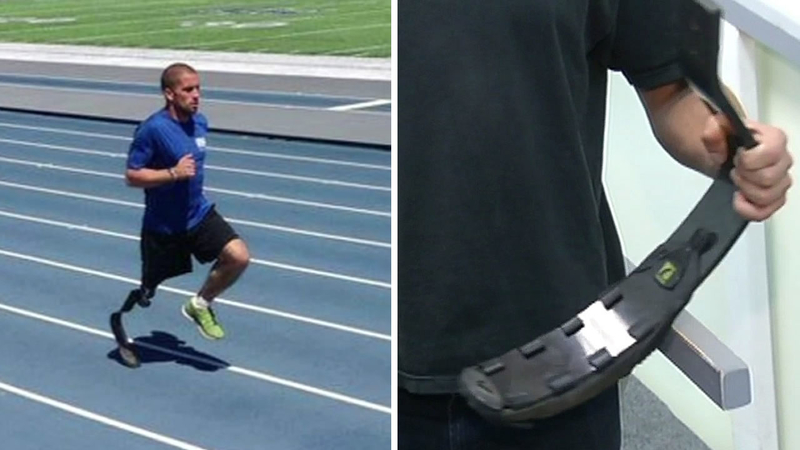 SAN FRANCISCO -- Getting your car broken into is bad enough, but it's even worse when it's on your birthday. That's what happened to a San Francisco man who is training to join the U.S. Paralympic team and the car burglar stole his prosthetic running leg.

Ranjit Steiner uses a running blade while training. It's just part of an intricate running prosthesis he uses after losing his leg to cancer a few years ago, and now it's gone.

"The prosthetic that I kind of leave laying on the floor in the backseat was gone, along with my briefcase with my laptop in it," he said.

His brand new car was broken into sometime Monday night or Tuesday morning. Whoever broke through the window and stole that prosthetic leg took an item that is useful to no one else and useful for nothing else except running.

Steiner's running blade is custom measured for his height, leg length, and is adjusted to provide the right running flexibility. Without it he can't train.

Steiner works for a company that manufactures advanced prosthetic sockets, so he's working on getting a replacement, but it won't be cheap. The socket is a $10,000 item and he still needs two other components.

"The blade alone is worth at least $10,000 and the knee is probably another $10,000," Garrett Hurley from Lim Innovations said.

It's roughly a $30,000 loss. Now, the biggest loss is time. It might take two to three weeks to get a replacement running leg.

"I've got four months until National Championships and this... you know, every day counts at this point," Steiner said.

He hopes whoever stole the running blade will return it so he can keep training in hopes of making the U.S. Paralympic team.