Chicagoans attended vigils and concerts along Michigan Avenue to honor the victims of the ISIS attacks in Paris, with more events planned for Sunday.

CHICAGO (WLS) -- Chicagoans are remembering the Paris attack victims Sunday, coming together at vigils and church services in the city and suburbs as local travelers are returning from France following the violence in the capital city.

Those with ties to France have been left shaken by the Paris attacks, the reason why there is a special Mass Sunday night at a North Side church where Parisians who live in Chicago have gathered to try to support one another.

Some of Chicago's French community came together Sunday to honor those killed in the Paris terror attacks.

They gathered Sunday night for a special Mass, mostly in French, at St. Teresa of Avila, where a good number of the church's parishioners were born and raised in France.

Christine Murray has lived in the United States since 2008, but splits her time between Chicago and Paris, where her daughter still lives. Murray was already scheduled to return to France when the attacks happened.

"I can't stop thinking about the families of the victims who are looking at a list and asking , and that really crushed my heart," Murray said.

As France enters into a third day of mourning, the grief-stricken showed their sorrow for the 129 lives lost in the tragedy. Some of the faithful did so while at Notre Dame de Chicago on the city's West Side. It's one of the first churches built by French Canadian immigrants to Chicago in 1887.

"We're just horrified by it and we just come in, and in addition to the regular prayers that we say, we're keeping in mind the people in Paris," said Miguel Otero.

Sunday morning, Otero and others lit candles inside the sanctuary after hearing a message of the need for love and forgiveness.

More vigils are planned, including one outside the French consulate as Chicago shows its support for Paris.

"To know everybody from all around the world is with Paris, it's really nice," said Coline Le Bourhis. "We're not alone, everybody is with us."

While several Muslim groups have denounced the attacks claimed by ISIS, some are concerned the violence will prompt a backlash against moderate Muslim communities.

"It's an enormously painful time and it's hard to know what to do, quite frankly," said Rabbie Brant Rosen.

Chicago's Archbishop Blase Cupich shared his thoughts Sunday about the attacks in Paris, issuing a statement which reads, in part, "This attack is a sin and a crime against humanity. Let it not divide, but call the citizens of the world to prayerful solidarity with the people of France and with all those who yearn for peace."

Also expressing their support and their condolences is Chicago's Muslim community. Tonight hundreds gathered in Oak Brook to celebrate their best and brightest at an annual banquet. The Paris attacks cast a shadow over a community intent of reminding the world that ISIS does not represent their belief system.

Meanwhile, France continues its time of national mourning, while many in Chicago mourn, as well.

Chicago area visitors in Paris set to return to U.S.

Chicago area visitors in Paris say the "City of Light" looks like a police state after Friday's attacks.

Julie Woolfe of Elmhurst was at a restaurant several blocks from the attack and tells ABC7 Eyewitness News she immediately knew something was wrong because so many people were on their cell phones and ambulance sirens were blaring.

"Lots of soldiers with machine guns," she said. "We did see some people being apprehended, or taken away in cars."

Woolfe is scheduled to fly home Monday and says that even though many tourist attractions are closed, Parisians are still being hospitable, even during this somber time.

Many Chicago area residents who were in Paris are still returning to O'Hare International Airport this weekend, including two dozen students from Lincoln Elementary School, who were spread across Paris during the attacks.

They were staying with different host families while on a school trip and returned home safely.

"The teachers did a great job, constant contact with us so we always felt like they were safe and had a good rapport with them and the host families as well. They also reached out to us," said Broc Christensen, whose son returned from Paris.

Students and teachers from the Chicago High School for Agricultural Sciences are scheduled to return home Monday. According to the school's Facebook page they originally planned to stay until next Saturday.

In the wake of the attacks, security has been increased in Chicago, the suburbs and across the United States Sunday.

In Saint Louis, Chicago Bears fans saw more police and security checks as they arrived at the Edward Jones Dome.

The NFL is boosting security at all stadiums this week.

There are currently no credible threats in the Chicago area or anywhere in the United States. 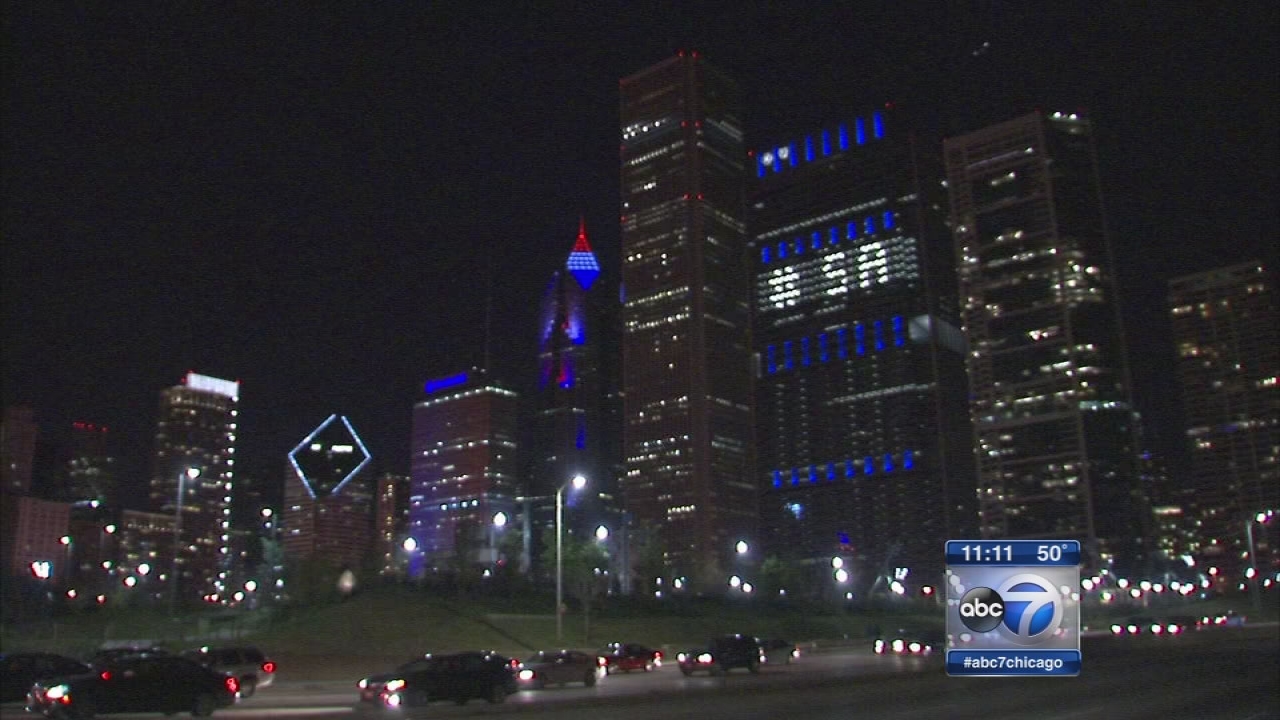